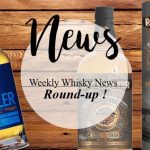 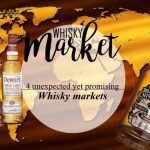 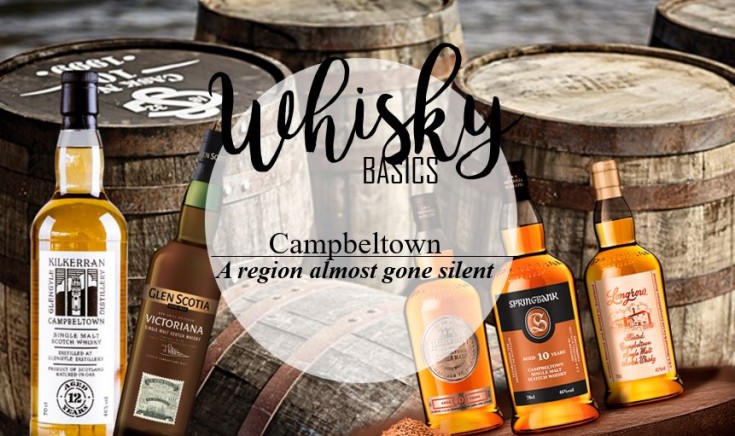 The Lowlands, where you’ll find amongst others the triple-distilled Auchentoshan or the popular Glenkinchie.

Speyside, the golden triangle of malt where half of all Scottish distilleries are located, big names include Macallan, Glenfarclas, Glenfiddich, Glenlivet, Aberlour…

Islay, which you may be familiar with if you’re into the peaty side of whisky (although the island also offers some exquisite non-peated whiskies) with the likes of Ardbeg, Bowmore, Lagavulin, Kilchoman, Caol Ila, Bunnahabhain, Bruichladdich & Laphroaig.

… And, Campbeltown, which despite its status as an official Scotch whisky region only hosts 3 remaining distilleries : Glen Scotia, Springbank (also producing Hazelburn & Longrow) and Glengyle (Kilkerran). But did you know that Campbeltown used to be the center-stage of whisky production back in the days, counting more than 30 distilleries, sometimes even referred to as « the whisky capital of the world » ?

Yes you read that right, while the production of whisky is meant to date back to the late 15th century (first written evidence of whisky was recorded in 1494 at The Lindores Abbey in Fife), the success of the amber nectar had to wait until the early-1800s when the economic situation and new distilling methods allowed the category to grow and thrive on a commercial point of view.

During this fascinating and golden period, Campbeltown became a go-to hotspot for famous blenders such as Johnnie Walker who came to the region to source distillates for their popular blends. At that point, the southwestern Scottish region counted more distilleries than Speyside but I dare anyone to name more than 10 of those ? Sadly, the whisky industry in the region died as fast as it rose… By the next century, economic & political difficulties as well as the Prohibition era in the United States forced most of the distilleries to close their doors and only 2 remained in activity by 1935 : Springbank and Glen Scotia.

And the history got worse… Campbeltown almost lost its « Scotch region » status around the turn of the 21st century, told by the Scotch Whisky Association that 2 distilleries couldn’t make a region.

Campbeltown’s distillers would then do everything in their power to revive their whisky industry and keep their territory on the whisky map, claiming their rich whisky heritage. As history alone wasn’t enough, in 2004, they therefore managed to re-open an old distillery, now known as The Glengyle Distillery (producing Kilkerran malts) and bringing the number of distilleries to 3, exactly the same amount as there were at that time in the Lowlands (Glenkinchie, Auchentoshan & Bladnoch).

Campbeltown secured its place on the whisky map and the rest is history!

Today, demand for Campbeltown’s single malts has been rising again and we’re more than excited to organise our first-ever Campbeltown themed whisky auction on Catawiki. The auction ends on Saturday 10th June from 20.00 CET.

This article was first published on Catawiki Stories