How To Read A Scotch Whisky Label 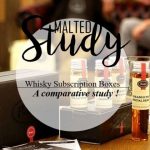 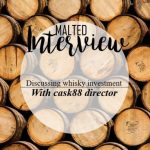 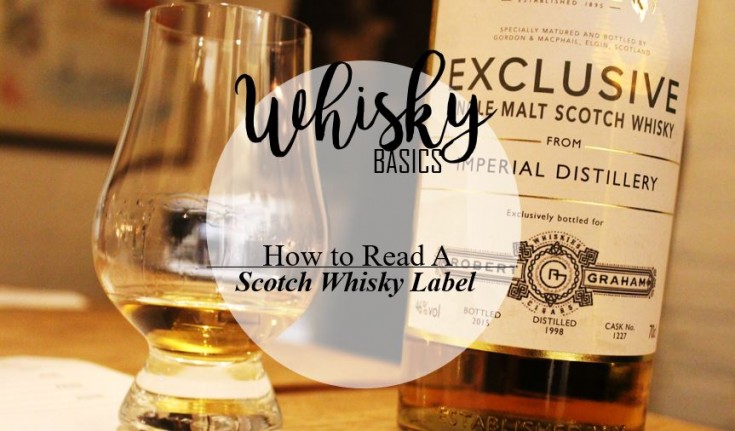 So you had decided to embark on your first whisky shopping spree as a new “whisky amateur”, you managed to push the doors of your local spirits shop, run towards the whisky shelf but then… You freaked out. Too many bottles, too many information, what’s really important, what’s marketing bullshit? It was easy to attend whisky tastings, your host had already selected the drams, but now that you have to make your own choice, things got tougher… Let me try to help you!

Let’s not fool ourselves, when you’re not an avid whisky connoisseur, your first purchases will either be made following your – real or Facebook – friends’ advices, guidance from the shop owner (if he knows his whisky, which isn’t always the case…) or through the packaging: colours, shape, exotic/mystical names… Each brand has put some deep thought on the “eye candy” side of things.

Then, for the same budget, you may end up with a bottle of Hibiki 12 (c’mon you’ve heard Japanese whisky was the best in the world the other day so…) while you could have bought 2 greater bottles for the same price. Don’t get me wrong, I’m not saying Hibiki 12 is shit, it’s simply not worth the money you’ll be paying it anymore #PersonalOpinion  #NoNeedToSendMeHatefulEmails.

But some bottlings may sometimes not be as sexy as a bottle of Highland Park Fire (of course that’s all a matter of taste… I personally really like the straightforwardness of a Signatory Vintage bottle, while I’m also a huge fan of Compass Box & That Boutique-y Whisky Company’s artworks.), but can be twice as amazing in taste… So how to decipher the label of a whisky bottle and watch out for the information that really matters?

Here’s a wonderful PowerPoint illustration I’ve done with love for you (I know, you wish you had those incredible PPT skills… ): 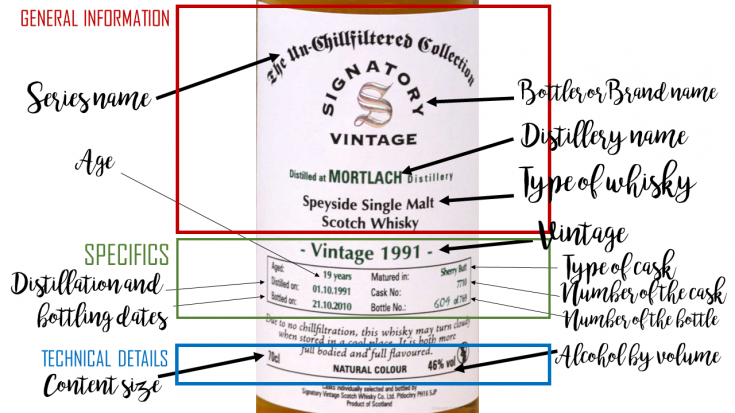 –> ABV (Alcohol %): Alcohol content in whisky is not its defining feature but it may be an indicator of what the distiller had in mind when releasing a particular expression or what kind of treatment it received prior to bottling.

The vast majority of whisky is cut down to a consistent strength, usually 40% which is a comfortable strength for enjoying the drink and also the minimum legal strength for Scotch whisky.

But while 40% is the minimum strength, certain expressions call for a bit more (you’ll see many bottlings at 46% for instance) Why? There are several reasons. Extra strength allows whisky enthusiasts to add a bit of water to their dram while keeping the strength of the final serve still at or above 40%. A splash of fresh water helps to open up the aroma of whisky and it’s a very popular way to drink whisky. Another reason for keeping the strength up is the possibility to avoid chill-filtration. Higher ABV means non chill-filtered whisky won’t go cloudy at room temperature (read more).

Some labels can also bear the mention “cask strength” which means you’ll buy a whisky as it was (52.7, 54.6, 53.8… higher-than-usual ABVs can often indicate a cask strength whisky) straight from the cask, without further reduction. Cask Strength whiskies tend to be very popular amongst enthusiasts (some bottlers such as The Scotch Malt Whisky Society only bottle CS whiskies) as they’re often said to deliver more in terms of aromas and considered as the “real deal” by many malt maniacs. Indeed, CS whiskies allow you to experience a whisky at its most natural potential. I would encourage you to first try them neat, and then add a bit of water to your liking.

–> Type of Cask: This indication provides information on the type of cask used for the maturation of this whisky. We’re talking about a “Sherry butt” here: meaning that the oak cask used for the maturation has previously contained sherry (this information alone can be a good indicator on the aromatic profile of the whisky, for instance, a sherried whisky often delivers notes of dried fruits, chocolate, cake…). “Butt” indicates the size of the cask used for its maturation. Click here to know more about the different types of casks used for whisky maturation.

You can also find the mentions “first fill” or “second fill” (even thrid and fourth) but what does that mean? A cask used for the first time is referred to as a first fill, which could for example mean a 12 year aging period, before the cask is emptied and filled with new make spirit for a second time, when it’s referred to as a second fill. Casks may be filled a third or even fourth time. Each fill has a different influence on the flavour of the resulting malt whisky, which means the fill is a significant factor (read more).

Vintage –> refers to the year in which the whisky was distilled (which you’ll also find under “distillation date” in this case). If this mention appears on a non-single cask whisky, it means that all the casks used within the final products were distilled this same year.

Just like the attention for whisky regions, the focus on the ‘vintage’ of a malt whisky (the year of distillation) originated in the wine world.

Vintages can tell you more than just the age of the whisky. For example, a 25yo Glen Garioch might be excellent, but a Glen Garioch distilled in 1987 or 1988 should be avoided.  The new owners did some experiments that didn’t work out too well.  On the other end of the spectrum, there have also been a few years  when the work at some whisky distilleries seemed particularly blessed.  All bottlings of Ardbeg and Brora from 1972 and 1974 are said to be exceptional by many whisky connoisseurs including Malt Madness.

Type of Whisky –> “Speyside Single Malt Scotch Whisky”. “Scotch whisky “is defined by law, indicating that the product is distilled in Scotland and matured at least for 3 years in Scotland. For more details on the definition of Scotch whisky, click here.

Single Malt indicates that this whisky is made exclusively of malted barley and comes from a single distillery.

Mentions you can also find on a label: Blended whisky, Single Grain Whisky, Blended Malt, Blended Grain… Which all refers to the type of whisky.

Location –> Speyside corresponds to the geographical area of production. Scotland is traditionally divided in 5 production regions: Campbeltown, Lowlands, Speyside, Highlands, Campbeltown and Islay, which used to be a good beginner tool to know how the content of the bottle will taste like (Islay would be peaty/smoky while a Lowland malt would be light and floral) but one cannot rely on this anymore. For more information, check my piece about the geographical classification of Scotch Whisky 😉

Chillfritation & Colour –> Chill Filtering is a process which has recently come under attack by consumers and critics. The process cools whiskey down and filters it to eliminate oils that can cause a cloudiness to form at cool temperatures. Critics say these oils contain essential flavors. Many Scotches are now bypassing this step though almost all Bourbon is still chill filtered. Again, if the label does not say non-chill filtered, the whisky probably was chill filtered.

The designation Natural Colouring appears on Scotch bottles to denote that the Scotch does not contain caramel coloring. Few people realize that many Scotch contain coloring. In recent years, there has been a consumer movement against coloring (read more).

Marketing blabla such as “craft” or “small batch” are not of much influence on the taste of your whisky. There’s still no official definition of the term “craft” so it cannot be seen as a “quality” indicator as ANY producer can use it.

Don’t pay too much attention to the tasting notes either if they appear on the bottle, they are a very subjective matter and can even influence your tasting experience. There’s nothing wrong with you if you don’t pick up those rosemary-honey-coated-ginger-cucpakes notes. No pressure!

Don’t despise a whisky with no age statement either, you’ll be missing out on some incredible drams… If you want to know more, read this opinion piece on the subject 😉 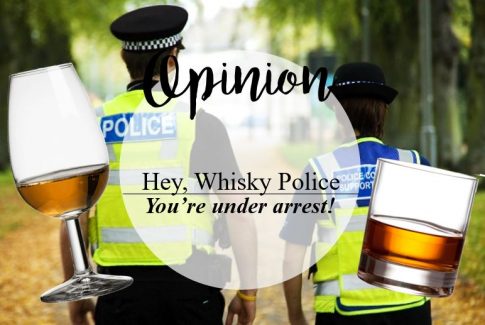