My Personal Whisky Selection for this month’ Tasting Collection Box 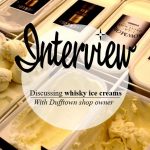 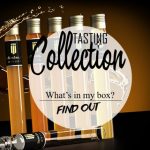 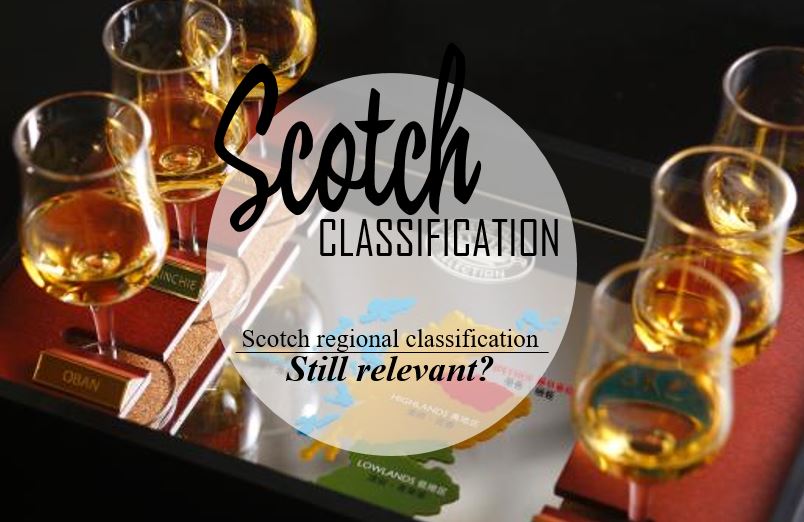 Most of the times, when you get introduced to Scotch, the well-known “5 regions – 5 different profiles” explanation is given to you and your fellow Scotch newbies.

It’s an old and common classification you can’t really miss, whether you’re taking a tour of The Scotch Whisky Experience in Edinburgh or simply doing some shopping at the airport duty free (actually even found out recently that my local Carrefour, here in the deep Southwest of France, was also displaying a map with the 5 Scotch regions and comments about each of those territories’ specificities) – And while I do believe this all “educative” initiative is basically great and a comprehensive way to get people into whisky, I still think this regional division has come out of date and tend to be a bit reductive and going the wrong way during those exciting times of innovation and craft golden age.

For the Scotch Whisky Association:

“It has long been customary to sell Single Malt Scotch Whiskies accompanied by a locality or regional geographical name to indicate where they were distilled.  SWA members felt it was important to make sure that each of the five traditional whisky regions – Highland, Lowland, Speyside, Islay and Campbeltown – were clearly defined and protected in the landmark 2009 Scotch Whisky Regulations.   Whilst there is of course great variety of spirit produced across the regions, their use on a label continues to act as a helpful sign-pos

t to consumers and clearly links the product back to the region of production.  That we have to work to protect the use of these terms globally illustrates their continued relevance today.”

Islay whiskies are then meant to be smoky and peaty while Lowlands spirits are known for their floral notes… Oh wait, what about this exquisite Caol Ila unpeated I had the other time? And this is just one single example amongst many others. And do Old Pulteney whiskies have the same characteristics as Dalwhinnie malts as they are both classified as “Highlands” whiskies? Putting labels may be easier for consumers and have surely participated in making whisky more approachable, which on its own would be pretty laudable, but I also think that it can be killing curiosity and creativity and in the end, could also be misleading or confusing for the end consumer…

Of course, there’s an important notion of terroir in whisky [and our friends at Bruichladdich won’t tell you the contrary ;)], and of course a 100% Islay whisky will never taste the same as their Speyside or Lowlands counterparts but I still picture this regional classification as some sort of imaginary barriers between 5 different whisky kingdoms ruled by their own habits and principles… But all of the above is only MY own point of view, which for many may not be relevant either… So I asked some members of the industry what they thought of this geographical division:

James MacTaggart – Master Distiller at The Isle of Arran Distillery

There is certainly still a tendency for Scotch whisky to be categorised in this way by consumers. One of the strongest attributes of Scotch is it’s heritage and the five regions each have their own history, with distilleries naturally drawing on this provenance.

The lines between these have become quite blurred but they are still useful guide, particularly to those new to the category. We emphasise our unique island location to the full –  the ‘Arran waters’ provide the Arran Malt with a palate very much apart from the distilleries on the mainland.

Though we are technically classified as a Highland distillery, the flavour profile of our core range is very different to the traditional, peated malt you would expect from this region. Saying this, Machrie Moor, the one peated whisky we produce is the exception and is very popular.

However, we’re natural rule-breakers on Arran. There was once hundreds of illicit still on the island – we even honoured them with our Smuggler’s Series. Unlike many other Scotch whiskies, our core range is un-peated which makes the Arran Single Malt much less smokey and creates the citrus flavours for which we have become known.

Though the distilling methods we use are very traditional, and in-keeping with the whisky-making heritage of the island, we innovate through our limited edition bottlings and expressions. For example, Bere Barely was created with a strain of barely used by the Vikings and our Bothy Quarter Cask was matured in the small casks once used for smuggling.

Whilst recognising that regional provenance is of interest, i’m not sure that consumers use region as their main parameter when choosing a whisky.  The character of the whisky, peated/non-peated, flavour profile, which wood it has been matured or finished in, age, and even the packaging are likely to be far greater factors in the decision making process.
The global renaissance in popularity of Single Malt Scotch has given rise to greater innovation than ever before, particularly from the young distilleries like Glasgow Distillery who are not hide-bound by tradition to create whisky to a particular house style or flavour profile.  This has led to the creation of great and interesting whisky all over Scotland which is not necessarily in the regional style and continues to generate diversity in the whisky category which is vital for future growth of all players both small and large.

The current classification is a historical overhang that does need looking at. Is it right the “Campbeltown” is a separate region anymore?

Same for Speyside. Although associated with soft, fruity single malts, there are a number of smoky variants produced in Speyside. Likewise, not all Islay and Island whiskies are heavily peated. So when it comes to a shorthand for a flavour style, the classification is too general and open to misunderstanding

Then you have all the new distilleries being built all over Scotland, what about these? If built on an island does that mean they have to produce peaty whisky? Of course not.

Trouble is it will take time to change people’s perceptions as all the whisky maps you see in tourist shops and online have the existing classification!

For Geographical purposes to pinpoint where distilleries are located, what about North, South, East and West? And or Counties? E.g. Girvan is in South-West Scotland on the Ayrshire coast. That surely, avoids confusion.

My feeling is that any classification of whisky flavour or style based on a distillery’s location is obsolete.  Some people may argue that ‘Islay’ is still a viable descriptor but that does a disservice to Bunnahabhain and Bruichladdich.

For me a distillery should only use location in the description of its whisky when it’s actually describing where the distillery is located and this shouldn’t have any bearing on how the spirit’s flavour is interpreted.

The difficulty in categorising whisky by region is that there is sometimes absolutely no commonality between the distilleries.  As an example, you can see Dalmore distillery from Teaninich’s front door.  When put alongside each other you couldn’t possibly say that they’re both in keeping with a ‘Highland’ style as they’re at opposite ends of flavour scale.

It was maybe once a useful gateway tool, helping introduce consumers to Scotland and the awesome whisky that is made here but it’s served its purpose and is relevant no more.