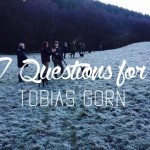 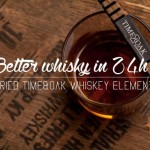 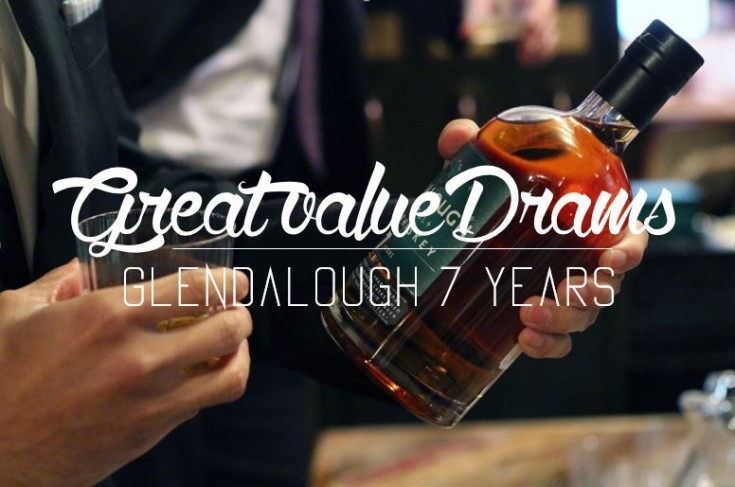 As explained on Glendalough’s official website: “The 7 seas bridge 7 continents that some say were made in 7 days. Even the light we see them in splits into 7. It’s the world’s favourite number and some say, a lucky one. But that’s not why we’ve realesed the first of our single malts as a 7 year old. Here at the Glendalough Distillery, we’re not superstitous, we find it brings bad luck.

As ever it’s all about the man on our bottle, St Kevin. Before he built his “City of 7 Churches” at Glendalough, Kevin spent 7 savage years in the wilderness. You see the number 7 has always been associated with the seekers, the thinkers and the searchers of truth. St Kevin was all of these and more.

He lived off the land around the upper lake, completely at one with nature, he was the kind of outdoorsman that’d put some of today’s action-men to shame. Tested through 7 sharp winters and inspired by the blush of 7 summers, it shaped him to be the man we revere. This whiskey was made in the traditional style its character shaped by 7 years.

Have a look on our bottle, you’ll see 7 silver crosses. These will lead you to each of the 7 churches, should you ever be stirred into going to Glendalough.”

Glendalough 7 Years has been aged in bourbon casks and then cut with Wicklow mountain water to reach 46% ABV. Nose : More than just a hint of citrus, a rather fresh and floral nose with a nice background of ripe orchard fruits (pears, apples) and plums. Also a bit of cinnamon to warm it up a little bit. To put it in a nutshell, the nose seems like a spring stroll amongst the meadows, I could totally picture myself hand in hand with Laura Ingalls scamping in the barley fields… (WOW, I’m going way too far here right ? Sorry for the lame TV references… I’ll try to include Harvey Specter in my next review, probably sexier.)

Palate: Pot still spices, cloves, pepper, oak and malt are dancing together on the tongue (one of the best dance performances I’ve attended in a long time…). I’m now leaving the blooming landscapes for an early winter morning walk in the forest.

Finish: Elegant and lingering, warm, oak notes. Let’s then finish this dramming ride in a swinging rocking chair, a dusty book in one hand and a purring cat (yeah, definitely got a cat issue…) on the knees.