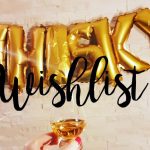 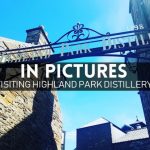 It’s already episode 3 of my new monthly “sample clearance” series – and what a great month it was on the liquid sunshine planet ! ?

Here’s what I received, purchased and tasted this past month: 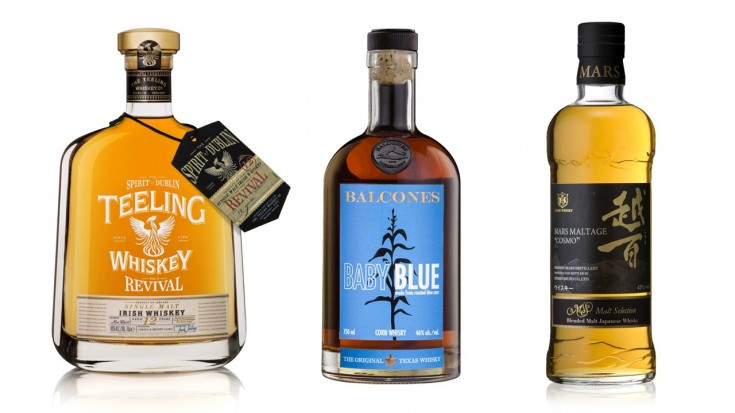 “The Teeling chaps have collaborated with the Galway Bay Brewery to create this tasty Irish whiskey finished in stout casks! We love the attention to detail on the presentation box, too…”

“The fifth bottling of The Revival consists of 12-Year-Old Single Malt that was aged initially in ex-Bourbon barrels before being finished in a combination of Cognac and Brandy barrels, imparting distinct hints of toasted almonds and freshly pressed grapes. Limited to just 15,000 bottles, the resulting Single Malt is then bottled at 46% with no chill filtration, a signature of all Teeling Whiskeys.”

Teeling definitely are masters of their art when it comes to cask finishing…  Sweet, creamy, fruity and a whole tray of warm French pastries straight from the oven! Delicious.

“Mars Maltage Cosmo is a blended malt featuring whisky from the little-known Japanese distillery Shinshu, as well as whiskies from undisclosed Scottish distilleries. An intriguing expression.”

It’s nice, that’s about it.

“This is the first Texan whisky, as well as being the first whisky to be distilled from blue corn! When we first tried this we thought it was wonderful, though very “different”. These days it’s become a firm favourite, along with the rest of the craft distillery’s fantastic releases.”

I didn’t know what to expect of this unusual Texan whiskey made from blue corn, I have never had blue corn as a dish nor in a distilled spirit 😉 What a pleasant surprise! You know I like off-the-beaten-tracks drams, and this little one is just that! The texture is surprisingly thick and the notes of caramel-coated bananas are just insane. 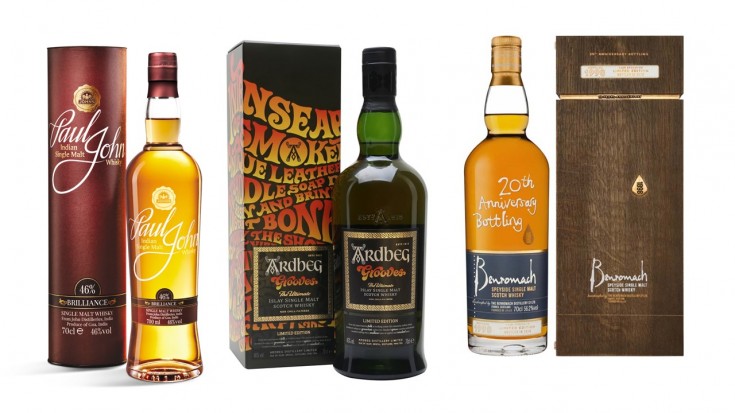 “Made with 100% Australian barley and matured almost exclusively in re-coopered, re-toasted and re-sized Apera (Australian fortified wine, not dissimilar to Sherry) barrels, this is a malt whisky that’s proud of its ‘New World’ provenance.”

“A limited edition bottling from Benromach, celebrating the 20th anniversary the the distillery’s reopening in 1998 (though founded in 1898, Benromach has been mothballed and revived twice (from 1931 to 1937, and from 1983 to 1998)). This whisky distilled in the first year after Benromach reopened, and has been matured in first-fill oak casjs before being bottled at cask strength. A release of 3,000 bottles.”

The price is high (around 350€) I have to reckon, but it actually does make sense for a collectible anniversary bottling, especially as the liquid inside has nothing to be ashamed of. A sherried Benromach boasting delicious notes of fruit cake, red berries, ginger, brown sugar and toffee. A yummy offering from the Speyside distillery !

“A particularly flavoursome Indian single malt from the Paul John range. Kanya is an unpeated expression that has been aged in first-fill American white oak casks and bottled at 50% ABV. Only 1,500 bottles were produced.”

“While most of the Elements of Islay bottlings are single malts presented in limited batches with elemental symbols somewhat obscuring the distillery that they came from, there are also ongoing releases in the range – like this blended malt! It’s a lower ABV edition of their Peat expression, packed to the brim with peaty richness.”

“A 35 year old Tomatin, distilled in 1976 and bottled at 35 years old by The Whisky Agency as part of their ‘Moody Lions’ series.”

Probably the most stunning dram I had this year so far, yet there’s little chance you can find it and if you do, it would be bloody expensive, so I have to restrain myself from giving it the Highlight title 😉 – A beautifully rich, thick and complex dram with plenty of tropical fruits, sherried aromas, red berries jam and oaky notes. No wonder 1976 vintages from Tomatin are so sought-after !

“Ardbeg Grooves was released in celebration of Ardbeg Day 2018, and as ever, the Islay-based distillers have created a most intriguing expression. Part of the whisky that makes up Grooves was matured in red wine casks that were very well-charred, resulting in heavy grooves in the surface of the wood. A mellow though flavoursome dram.”

2 stars only?! Don’t get me wrong, it’s a very nice dram and the wine cask influence is pleasant (although I wasn’t a fan of the 1960s marketing bullshit here, I like a good story and I’m a true believer in the storytelling influence and how it enhances brand experience but when the stories are too far-fetched, it only discredit the whole thing), smoother than your usual Ardbeg, but to be honest, for a few pennies less, I have a preference for some of their permanent range expressions such as Uigeadail or Corryvreckan…

“Back in 2017 Dream Cask was unveiled by Redbreast Master Blender Billy Leighton to mark a special celebration of World Whisky Day, with unanimous praise from all those who had a chance to taste it. This reception and Billy’s encouragement really only left us with one option – to bottle every last drop of Dream Cask to be shared with fans far and wide.”

816 bottles of this liquid gold were released on World Whisky Day 2018 (sold out obviously), at 500€ – I had the chance to receive a sample from the awesome folks at Irish Distillers and oh boy, this “dream cask” was dreamy indeed! So complex and balanced, and rich and beautiful, and stunning and wow that tasting notes wouldn’t do it justice. A mind-blowing experience.

I’m glad this new 10-year-old PC is joining the permanent Bruichladdich offer – the new design is debatable, some have been saying it looks like a box of sport protein product, yet I think I quite like it, especially as it really stands out on a shelf, it’s modern and bold – exactly like Bruichladdich’s approach to whisky. The liquid inside doesn’t disappoint as well, it’s finely balanced, rounded, oily, rubbery with a smack of peat in your face complemented by roasted pineapples and peppercorns. “Family-owned single malt Scotch whisky creators, Gordon & MacPhail, has announced the launch of ‘Discovery’, a new range that is part of the company’s commitment to strengthen and streamline the brand’s portfolio.

The range of carefully selected whiskies is grouped and colour-coded under three flavour profiles – ‘Smoky’, ‘Sherry’ and ‘Bourbon’.

Designed to help whisky drinkers to begin an exploratory journey through the Gordon & MacPhail portfolio, each bottle features a brief tasting note and either a vintage or age statement.”

–> Miltonduff 10 ♥♥ : Hi there sherry ! Well, a rich and sweet sherried dram boasting the obvious sherry notes it is supposed to: plenty of dried fruits, chocolate, christmas cake, ginger bread, spices, toffee… You get it right?

–> Blablair 12 ♥♥♥ : a rather fresh, light and fruity dram with plenty of orchard fruits, citrus and floral notes. Very approachable and enjoyable, a perfect beginner dram and something to sip anytime you wish to relax without necessarily overthinking what’s in your glass.

–> Tormore 13 ♥ : probably the slight disappointment of the range, although disappointment is a strong word, it’s an ok whisky, I would have no problem enjoying it after a long day on my balcony, but that’s it, it’s light, cereal-forward, fruity and floral, but there’s nothing that actually says “one more sip!” in there.

“The second release in a series from Highland Park, following on from The Dark. While The Dark was drawn from European oak Sherry-seasoned casks, The Light has been drawn from refill American oak casks – resulting in a brighter hue and a flavour profile to match.”

A good dram from the Orkney distillery, but with a pricetag of £190, I would probably go for something else from Highland Park which offers better value for money (their permanent range, especially their 12-year-old, is a stunning example of value for money!) 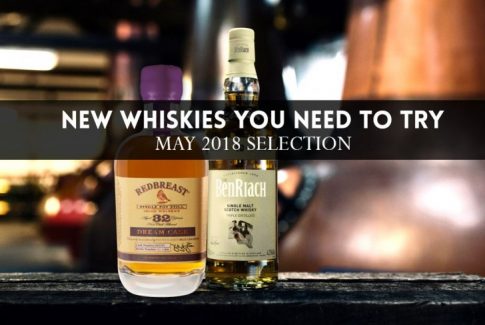