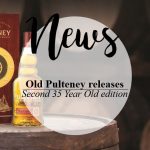 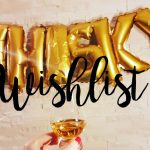 It’s been a long time since we haven’t talked Japanese spirits around here – while I don’t have a clue about Shōchū & Saké (#SorryNotSorry), I couldn’t go without noticing that 2016 was a pretty interesting year for the Asian spirits category, seeing new distillery projects emerge and even the first Japanese gin launched! Let’s then have a look at 2 new Japanese distilleries that I’ll highly encourage you to keep an eye on… (you know how quick Japanese stuff fly off the shelves 😉 )

The Kyoto Distillery is the brainchild of whisky exporters David Croll and Marcin Miller, who founded Number One Drinks Co. Japan. Originally from the U.K., Croll has lived in Japan for more than 20 years, working in finance before transitioning into the drinks business. He fell in love with Kyoto when he visited Japan for the first time in 1985 as a trainee with Nomura Securities. After returning to the U.K., the city loomed large in his imagination.

“Kyoto was always at the back — and front — of my mind,” he recalls. “It takes time and effort to uncover the city’s beauty because it’s more discreet.”

However, Croll’s journey back to Kyoto was a circuitous one. Five years after moving to Tokyo, he started importing casks of whisky into Japan from the Arran distillery in northern Scotland, gradually adding other small distilleries to his portfolio. In 2006, he teamed up with Miller to establish Number One Drinks Co. and started exporting Japanese whiskies from cult distilleries such as Chichibu, Hanyu and Karuizawa. By 2014, with the stocks of Karuizawa nearly depleted, Croll and Miller decided to expand into production.

The whisky market was already saturated, but the two saw an opportunity in producing a small-scale, boutique craft gin. After years of domination by large non-Japanese companies, the gin market is finally starting to attract the attention of local consumers. Croll and Miller wanted to create a spirit that would reflect Japanese culture and traditions. Kyoto seemed to be the ideal location. (read more)

The Kyoto Distillery’s first release, Ki No Bi (“The Beauty of the Seasons”) will be distilled, blended and bottled in Kyoto and made in a recognisable dry style but with a “Japanese accent”.

Using a rice spirit base, the team spent six months to source and select the best botanicals from across the country with the help of Japanese spirits industry “legend” Masami Onishi.

Fushimi water, famed for its purity, will be used to reduce the gin to bottling strength, with the final spirit bottled at 45.7%. (read more)

In Akkeshi, on the Pacific coast of eastern Hokkaido, fog rolls in from the ocean over seemingly endless wetlands rich in peat. Its climate and terrain remind those of Scotland’s Islay. The bogs hold abundant deposits of many varieties of peat. These produce different flavours depending on their degree of proximity to mountains or sea, enabling distillers to choose the peat they want for the whisky they aim to make. The environment could not be more suitable for whisky production.

Akkeshi is also famed for its oysters, and is home to many dairy farms. This inspires the team of this new distillery to pursue perfect partnerships between delicious food and beverages: whisky that matches perfectly with oysters, whisky that’s divine with cheese. “We also intend to find an ideal location in the community to cultivate barley, and create whisky that’s “100% made in Akkeshi,” from the raw ingredients to the peat.” Akkeshi boast not only a similar climate and terrain to Scotland’s Islay, it also has a treasure trove of whisky-making possibilities in its own right.

“Since late 2013, we have been test-aging batches of raw spirits purchased from two existing distilleries in Japan. Akkeshi sees enormous temperature fluctuations over the course of a year, with the mercury dropping as low as –20°C in winter and hovering around 25°C in summer. This climate causes aging to progress faster than we originally expected, and the maturing whisky in the casks is gaining depth of flavour by the day. If the test batches we’ve aged thus far are any indication, the finished product will have a flavour that’s distinctively Akkeshi.”

President Keeichi Toita adds: “Blending traditional Scottish methods and the unique flavour of Akkeshi. That’s our goal at Akkeshi Distillery. An aroma and flavour like nothing found elsewhere. A whisky that will find favour in Europe and other countries around the world. Something authentic, which will delight whisky aficionados not only in Japan, but also in every corner of the globe.”

“With the goal of producing whisky using the traditional methods of Scotland, we have imported two pot stills made by Forsyths, which have a straight-headed onion shape like those used at several distilleries on the island of Islay. They are heated by radiators, and the attached condensers are in the shell and tube form.

Besides the pot stills, almost all of our other equipment is also made by Forsyths (with the exception of a roller mill made by Alan Ruddock.) This equipment was imported from Scotland after completion of the buildings, and all of it, including the mill, was installed by Forsyths workers who traveled to Japan for the occasion.
The six washbacks (fermentation tanks) are stainless steel, and we intentionally selected a type that cannot be temperature-controlled. We leave the temperature up to nature, and our craftsmen carefully watch the timing of fermentation.” (read more) 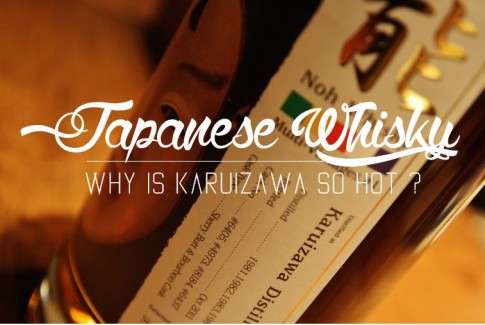