3 whisky experiences in Edinburgh you NEED to try 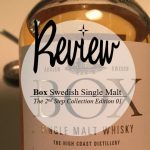 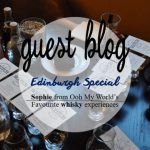 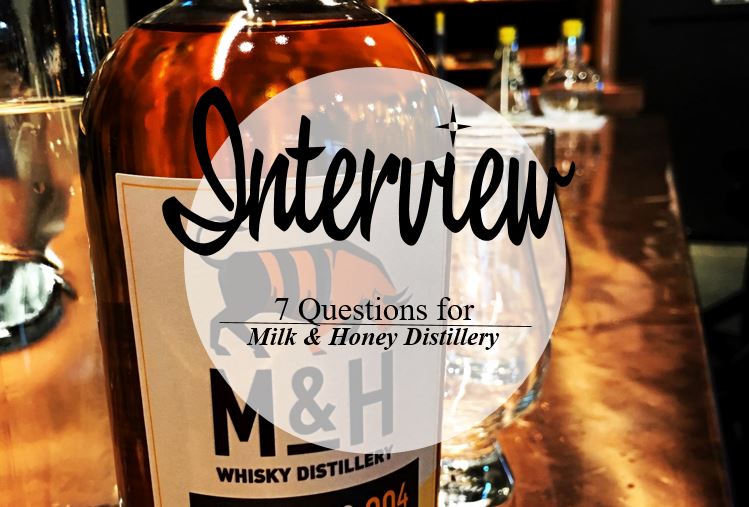 Pssst! This article is released under my partnership with The Craft Whisky Club, a new Scotland-based spirited start-up aiming at showcasing the best of what craft producers have to offer – delivering artisan spirits and delicacies straight to your doorstep! As you may already know, we have teamed up for a series of exclusive interviews and reviews and today, I decided to look into what’s hot on the Israeli whisky scene, and that seems quite promising! Keren and Nir from the Milk & Honey Distillery kindly agreed to answer my 7 questions:

First of all, could you please tell us a bit more about the idea behind the Milk & Honey distillery? How and when did you decide to produce craft spirits in Tel Aviv – Israel and of course… Why naming your distillery “milk & honey”?

Nir: Milk & honey started as a dream. A group of friends – whisky loving high-tech and startup entrepreneurs who had a vision of crafting Israel’s first single malt whisky. The idea emerged in 2012, the company was founded in 2013. Building the distillery in Tel Aviv was a natural choice: this is the business, culinary and drink center of Israel, and a proximity to the industry is important for us. From a very early stage we knew that we’d want to host people and let them experience our progress, so a central location was a must. Also, most of us live in Tel Aviv or in the nearby suburb. It is not every day that one starts a distillery, and we wanted it to be close to home.

Why Milk & Honey? That’s one of the biblical names for Israel, first appears in Exodus 3:8 “And I am come down to deliver them out of the hand of the Egyptians, and to bring them up out of that land unto a good land and a large, unto a land flowing with milk and honey”

You’re the only whisky distillery in Israel, am I right? How much of a challenge has it been to be granted a distilling license and setting up a distillery in Tel Aviv, did you face any obstacles during this process?

Nir: We are the first whisky distillery and as such, dealing with all the bureaucracy issues was quite a challenge. The biggest obstacle was getting approvals from  the fire but we successfully dealt with them as well. However, the different authorities was generally supportive and enthusiastic. Being the first, it was quite tough, but at least we paved the way for future distilleries.

What kind of spirits are you currently producing or will be producing in the near future? Are you using Israel-based raw ingredients? What about your production capacity and equipment? Maturation strategies?

Keren: This is more than one question! Let me break this:

Products – Like many other new distilleries, our first products are white spirits: New Make single malt, that’s bottled in 50% abv.; Levantine Gin – 46% abv. with botanicals sourced in the nearby market, such as black pepper, chamomile, cinnamon, lemon peel and hyssop. We chose botanicals that are common in Middle Eastern/ Israeli cuisine.

While the whisky matures, we also release single-cask edition of young single malt, that was aged for a short period of time. The Young Single Malt series (still not whisky!) allows the M&H’s fans and followers to experience the progress with us. 2 editions were bottles for our opening: Cask #004 – 502 bottles of 8 months-old single malt that was resting in an ex-red wine barrel, and Cask #010 – 155 bottles of 6 months old spirit that was resting in a new 70L American oak cask. The one thing that these very young editions demonstrate is the effect of hot climate on the young spirit – not only is it visually apparent, but also the aroma and flavors already indicate things to come.

Ingredients: We us English malted barley from Muntons and whisky yeast from Fermentis.

Equipment: 2 copper pot stills: a 3.5K/liter custom made by Carl in Germany, and a vintage 9K/liter whisky still that was made in the 1980’s as a prototype by an alembic coppersmith.

This adds to a 7K mash tun – custom designed and built by the good people of MGT in Northern Israel.

Maturation: We have a cask room in the distillery, that can hold 200 ex-bourbon barrels. Other than that, we will make the most out of the unique geographical location of Israel, and soon we’ll start storing casks in different areas of the country: mountains, desert, valleys, and of course – The Dead Sea. Back in 2013, you runned a successful crowdfunding campaign on Indiegogo: how was the money invested and How was its impact in spreading the word about M&H Distillery outside of Israel?

Keren: Our Indiegogo campaign was the basis of the community of avid followers and supporters. It gained a lot of media and social media buzz, and in the end, we were 110% funded. We used the money raised in the campaign to buy the ingredients and material for our first edition, all of which was pre-sold in Indiegogo. While most of our Indiegogo supporters come from Israel and the USA, people from all over the world, from New Zealand to Brazil.

According to you, what will make the M&H Whisky unique? Are you targeting specific consumers’ profiles?

Keren: to sum it up in 4 words: Hot weather = quicker maturation. Also, High humidity helps producing good quality whisky in shorter period of time. Add to this the 4 climate zones in an area the size of New Jersey and you get a playground of barrel aging. Besides our storage room in Tel Aviv, we’ll store barrels in different geographical areas,

Reading the news lately, I saw you were willing to export your kosher whisky (when it has reached maturation in 2019) to the US. Why? Have you identified any other key export markets?

Keren: We love Israel and see it as our core base. However, to satisfy the needs of the local market, we really don’t need a 3.5K/L and a 9K/L stills.  According to the IWSR, the average Israeli drinks 2.25 liter of 40% abv. spirit per year, and most of it is vodka, though there’s been a significant shift towards whisky over the past three years, since a major tax reform took place. Financially, we cannot relay solemnly on the local market, but moreover, we believe we have a great product in hand that can find its fans overseas. North America, as well as several European countries (and hopefully – that’s my personal goal – Australia) are our target, thanks to the combination of whisky popularity, openness to new and interesting brands, and a strong Jewish community that seeks kosher products.

How do you see the future for the distillery? Any crazy dream you’d like to achieve?

Keren: in the next few years we’ll be busy building stocks of barrels for maturation, while at the same time preparing the ground for the release of our whisky: building the brand and the demand. I see more young single malt releases from our cask series until we finally release the actual whisky and perhaps expanding the portfolio with other types of grain. Nothing’s too crazy with hard and focused work – definitely achievable. This article is released under my partnership with The Craft Whisky Club, a new Scotland-based spirited start-up aiming at showcasing the best of what craft producers have to offer – delivering artisan spirits and delicacies straight to your doorstep! 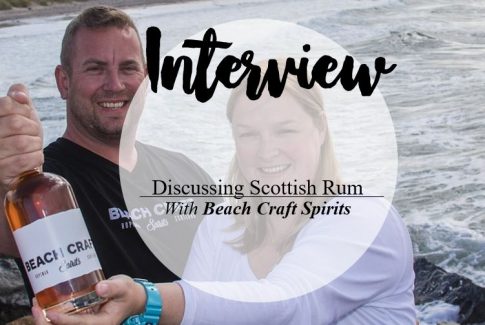