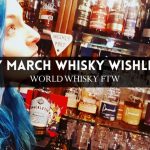 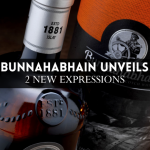 In the run up to St Patrick, a lot of you have been sending me messages about my favourite Irish Whiskeys – while I don’t necessarily have ONE particular favourite, here’s a list of some interesting (and yummy!) liquids from the Emerald Isle I would highly encourage you to try !

Green Spot Chateau Montelena has been initially matured in American Bourbon and sherry casks and then finished for one year in casks previously filled with Zinfandel wine from the famed Chateau Montelena, Napa Valley.

A very nice twist on the Green Spot, combining the sweetness, spiciness and fruitiness of the classic Green Spot with the red berries and dry profile of the wine cask in a richer, more complex dram.

“A fascinating 13 year old Irish single malt which has enjoyed a finishing period in Mizunara oak casks! The whiskey was matured in bourbon barrels before being filled into casks made with Mizunara from Japan! Stunning stuff from the Glendalough range.”

“Sustainable virgin Irish oak hogshead finished single pot still Irish whiskey! What more could you need to know?! Prior to this finishing period, the whiskey was matured for between 15 and 22 years in bourbon casks by those clever folk down in Cork.” “A single cask bottling of 8 year old Irish whiskey, released by the Tipperary Boutique Distillery Company Ltd (stay on the lookout for news about their own distillery, which should be coming along). This Irish single malt was treated to a finishing period in red wine casks, imparting the bronze hue to the spirit and a bounty of fruit notes to the flavour profile.”