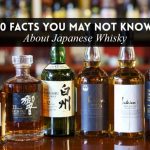 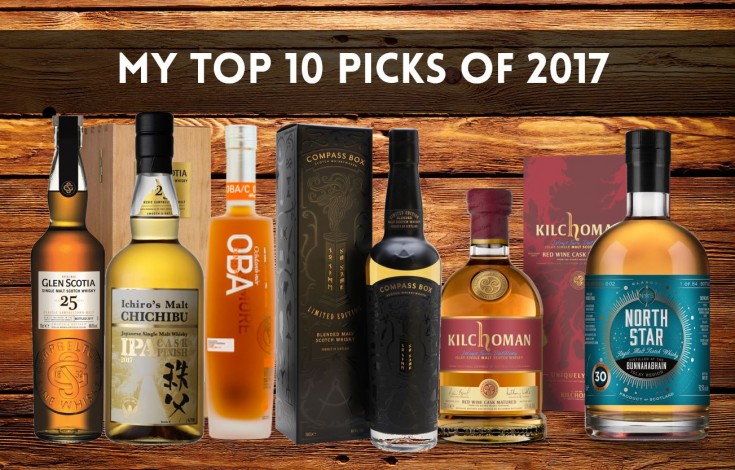 After a quick reflection on my Memorable Whisky Moments of 2017 earlier this week, it’s high time I get into the topic you’re all waiting for… My personal favourite drams of this past year!

I have probably tasted more whiskies in 2017 than ever before, it was therefore more than a challenge to pick just a few of those, I’ve tried to narrow down my list to 10 amazingly yummy liquids, mixing more or less affordable bottlings ! I mean, there’s no point only listing 50-year-old Dalmore, and 1950s Glen Grants right?

Of course, I’ve sampled many whiskies released before 2017 this year, but my whole point for this “top 10” was to focus on new 2017 releases.

So without further ado, let’s dive into those kick-ass drams of 2017 !

Mackmyra Ten – the first age-statement bottling from the Swedish distillery!

“10 year old Swedish single malt from the excellent Mackmyra distillers, crafted by Master Blender Angela D’Orazio. This expression features whisky matured in ex-bourbon, Oloroso and new American oak casks for at least a decade before being married and bottled at 46.1% ABV.” My review here!

Glen Scotia 25 – a complex older expression from the Campbeltown-based distillers!

“A mid-2017 addition to the Glen Scotia range, this 25 year old single malt was drawn from some specially selected casks and married in first-fill bourbon barrels before being bottled at 48.8% ABV.” My review here!

First presented during Feis Ile 2016, the 3000-bottle expression was finally released in early 2017 and sold out in hours! I was lucky enough to grab a bottle and I couldn’t recommend it enough if you can put your hands on it…  A multi-layered sublime dram made from a secret recipe as for all the drams in Bruichladdich’s Black Art series ! 😉

“This right here is the peatiest whisky to date from the fantastic Compass Box – No Name. A massively smoky blended malt, packing more peat than their own Peat Monster expression! Massively interesting and hugely delicious.”

“Pushing its olfactory and gustatory boundaries as far as possible, this sherry-aged Ledaig is impressive in every way. As powerful as it is delicate, it is with rare generosity that it invites us to enjoy a peat of many faces, breathe in an intense smoke, take a wild pleasure in discovering its profoundly animal and medicinal character, burn our tongues on its spices and chillies and enjoy its truly sublime fruity and floral notes. And to top it all, as a grand finale, the empty glass invites us to bite into freshly malted, peated barley.”

“The Japanese micro-distillery, Chichibu has always been turned towards innovation, this expression has been made using cask having previously hold IPA beer. Elaborated with whiskies distilled between 2010 and 2014, this single malt was matured in ex-bourbon cask before being refined for 1 to 2 years in casks having previously hold IPA beer. The result is a flavoured style, bitter whisky with nutmeg and spicy notes.” (my review here!)

“Launched in the latter-half of 2017, this intriguing expression from the Kilchoman distillery on Islay was fully matured in casks that previously held red wine from the famous Douro Valley in Portugal. It was distilled in 2012 and bottled in 2017 at 50% (which is a slightly higher strength than most Kilchoman bottlings!).” 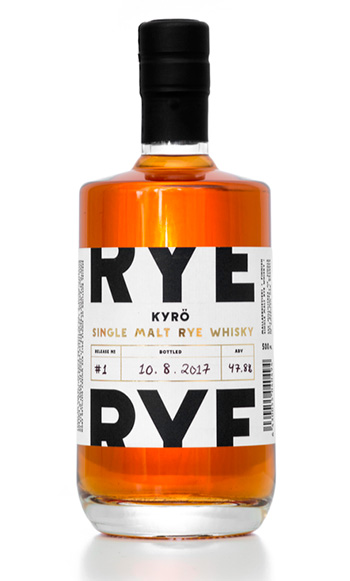 A first release of only 315 bottles (which you guessed it, are all gone by now :/) – “This first batch of Kyrö Distillery’s malted rye was matured in Ex-Bourbon casks and finished in Ex-Wine casks (Marsala). First matured in small 30 and 60 liter casks before transferred to American first fill bourbon casks. Two weeks before bottling on August 10, 2017, it got its finishing touch in American casks, which had been given a Marsala treatment” (read more)

“It’s the 2009 vintage Château Cissac Wood Finish expression from Benromach. This is initially matured in first-fill bourbon casks, then moved over to casks from Château Cissac in Haut-Médoc for 25 months before being bottled at 45% ABV. We love the specificity of these releases from Benromach (and the whisky is marvellous too – it’s not just nerdy features that we’re fond of here)”

“Independently bottled Bunnahabhain single malt, aged in a bourbon hogshead for three decades! This was distilled on the isle of Islay in November 1986 and bottled 30 years later by North Star Spirits in May 2017 with a tiny outturn of just 84 bottles.”