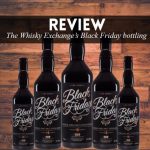 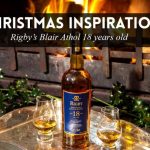 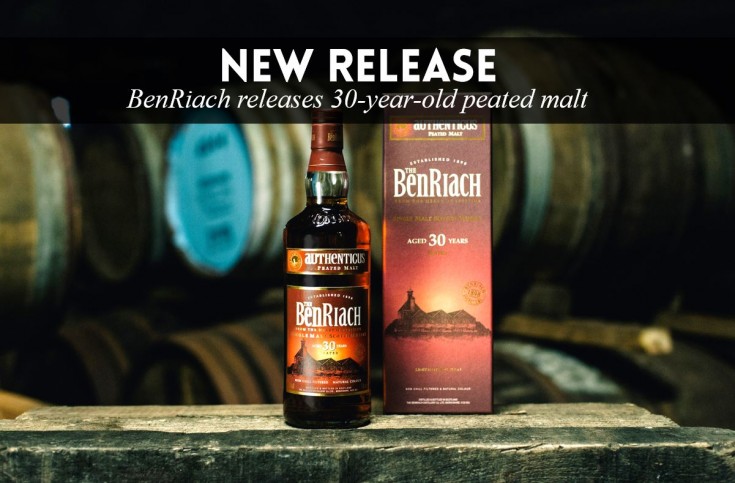 Back in the 1970s, BenRiach began distilling a proportion of its whisky using peated malted barley, marking a return to the original Speyside character and flavour of malts made during the nineteenth century. Today the distillery holds a rare inventory of peated Speyside single malt, dating as far back as 1975.

Research by leading whisky expert Charles MacLean indicates BenRiach was the first Speyside distillery to release a peated expression since WW2. This came in the form of BenRiach Curiositas 10 years old in 2004, which remains part of the core BenRiach peated range today. Since then, the distillery has experimented with peated wood finishes and the first BenRiach Peated Cask Strength release, an opportunity to experience a peated Speyside single malt in its most natural state.

BenRiach peated single malt whiskies are distilled from peat cut in the North-East of Scotland, containing a prevalence of wood derived from ancient trees, heather and bracken. The burning of this peat releases sweet smoke and aromatic spices through the malt and into the whisky, reminiscent of a campfire in a Speyside forest. 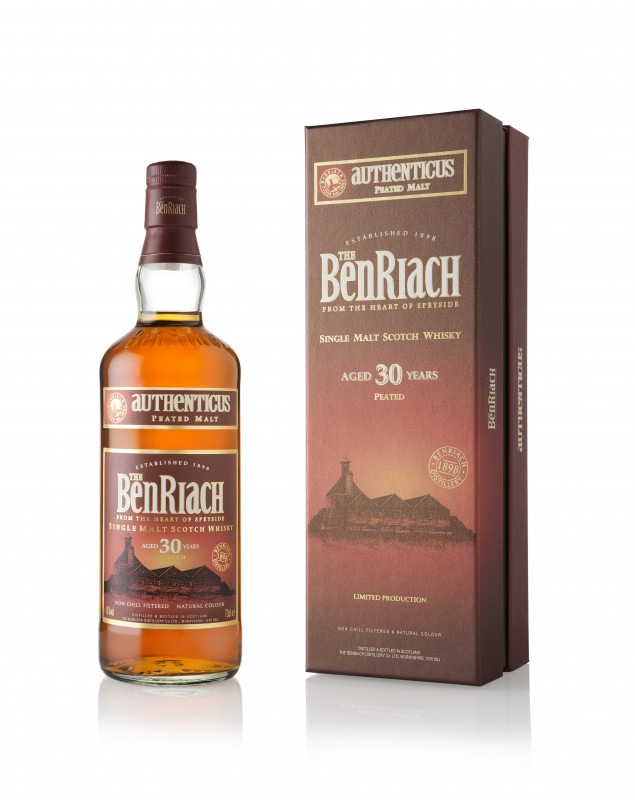 “At the BenRiach Distillery we pride ourselves on our unconventional distilling philosophy, creating unpeated, peated and triple distilled malt whisky. As the oldest expression in our peated range, we believe Authenticus 30 years old will impress with its distinguished profile. It is a more intense Speyside malt which carries a delightful balance of wild honey and peat on the nose. The combination of the soft, creamy vanilla, summer fruits and slight hint of cocoa coax the palate, while the infused sweet peat builds gradually to complete the unique character.”

BenRiach Authenticus 30 years old is non chill filtered, bottled at 46%, of natural colour and will be available at specialist retailers worldwide.