Where Can You “Blend Your Own” Whisky? 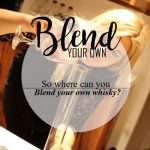 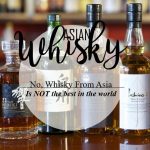 the Italian Puni distillery matures part of its stock in a derelict bunker dating back to WWII.

Mackmyra is also matured underground, in a former mine called the Bodås Mine, where the temperature remains around 7°C all year round (amongst other uncommon maturation spots: Chugoku Jozo in Japan have been putting its cask for aging in a 100-meter long ancient railway tunnel!).

Box has bottled a limited edition whisky selected by metal band In Flames.

Kavalan is NOT the only distillery in Taiwan: the Nantou Distillery has recently released a single malt called Omar.

Brenne is a French single malt made in the Cognac region… By a New-Yorker. There’s more? Founder Allison Patel is also a former ballerina.

India is the largest whisky market in the world.

Residents of Singapore drink about 13 bottles of Scotch per year – making them the largest Scotch whisky consuming market per capita in the world.