3 of the weirdest whisky by-products

Rock your Christmas Dinner with those cocktail ideas 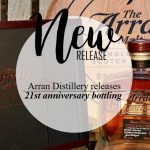 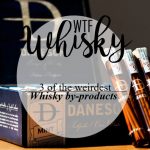 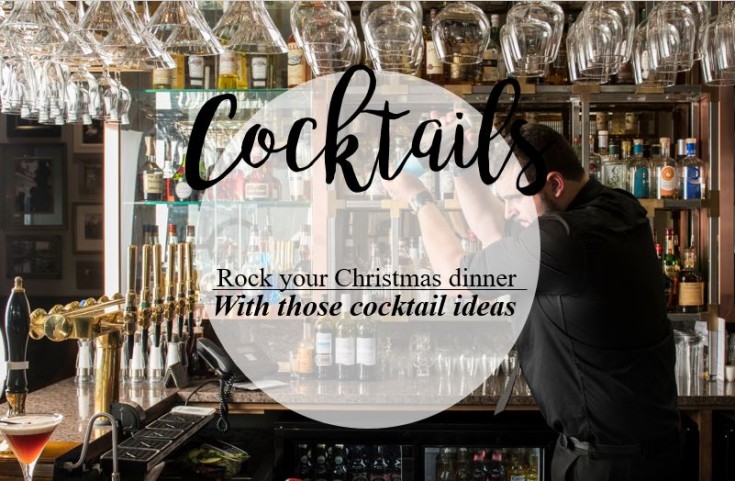 Ok, this Christmas, it’s high time you stop pouring those annoying new world red wine & fancy Champagne you bought in a hurry at the airport duty free when coming back home after your last business trip. There’s so much more to explore when it comes to Christmassy drinks and the below cocktail ideas may be a good start! (Let’s face it, you need to impress your relatives at Chritsmas, so what best way to do that than turning into a wannabe mixologist and crafting them some terribly-hipsterish cocktails? 😀 )

Some master mixologists seeking to serve a flavour of the festive season in a glass have turned to Scotland’s Dark Matter Spiced Rum in their quest to find the right formula for rum-tastic Christmas cocktails.

With a warming spicy finish, Dark Matter – from Scotland’s first and only rum distillery (for now, remember we discussed a few months back with soon-to-be rum distillers Beach Craft Spirits!) – has become the spirit of the season and three mixology masterminds have used the spiced rum to create a range of new cocktail creations for Christmas.

Head bartender, Andy Stewart, at The Tippling House in Aberdeen is an expert in making the most of Scottish spirits and devised the Christmas Chemistree.

He says: “Cocktails combine science and art, not just flavours and liquids. The rich, deep colours bring forward the warm hue of Christmas whilst the colour and scent of the garnish soften the fire and heat.”

Rum Rum Rudolph is from The Station Hotel in Speyside and master mixologist Kieran Stephens says customers are seeking out new tastes in different drinks.

“I love introducing customers to different and unusual spirits by placing them at the heart of our cocktails and with its warm and spicy finish Dark Matter is the perfect base for Christmas cocktails.”

by Andy Stewart at The Tippling House, Aberdeen

Stir over ice and julep strain over a cucumber spiral and a large block of ice in a rocks glass.

by Kieran Stephens of The Station Hotel, Rothes, Speyside

Add all ingredients except double cream into a shaker, stir well, strain into a chilled Martini glass. Layer double cream on top, Garnish with half a Maraschino Cherry (nose) and two chocolate moulds (antlers).

Some drinks go together quite naturally – gin and tonic, rum and cola, brandy and soda – but it takes a brave man living and working in the heart of Scotland’s malt whisky country to put together a cocktail with whisky and pineapple in its mix.

In keeping with the tropical twist, you’ll find coconut syrup, along with a generous splash of orange juice and a measure of cranberry juice and Archers peach schnapps added to a Glen Grant 10-year-old single malt.

Artfully blended, it’s known as Whisky Business and it is one of the new signature cocktails from master mixologist Kieran Stephens (23) who joined Speyside’s four star Station Hotel earlier this year.

Having worked in some of Scotland’s busiest nightlcubs and bars he isn’t afraid to experiment with some of the wonderful whiskies produced in the region, including Glen Grant which is just a two-minute walk from the hotel in Rothes.

While old-school purists might frown at using fine single malt whisky in a cocktail, for Kieran it makes perfect sense to use the very best of ingredients. And he’s got plenty of whisky at his disposal – the boutique hotel’s Spirit Safe bar has a range of over 300 malts, although more expensive drams like a rare limited edition malt retailing at £649.95 a measure, are off limits for his cocktail creations.

With many hotel customers working for some of the best known whisky brands in the world, Kieran knows he has high expectations to meet.

He says, “There are whisky lovers who enjoy a dram neat and wouldn’t even add ice so some are a little surprised, to say the least, to find it at the heart of a cocktail but for me, it’s about taking a wide variety of tastes and flavours and marrying them together to make the perfect drink.

“There’s a particular curiosity for trying the different whisky cocktails we’re making and some customers who work in distilling are surprised when they taste them. They’ll say, ‘It shouldn’t work – but it does’. These people could be my fiercest critics but they appreciate what I’m doing as another way to sample – and enjoy – whisky.”