A closer look at Edinburgh Whisky’s Auchentoshan 18yo

Sall Whisky: A new Nordic Distillery in the pipeline! 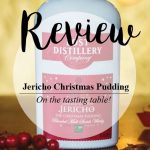 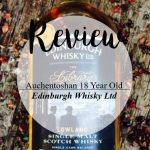 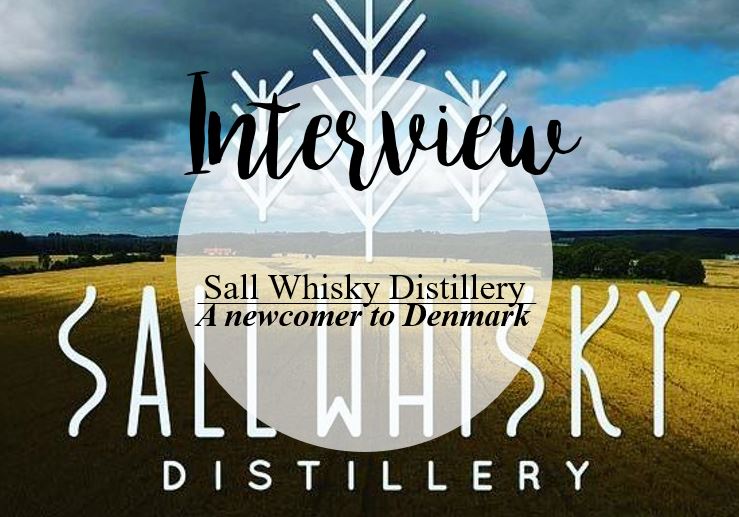 I recently came across another crowdfunding campaign for (yet again) a new craft distillery, I may have just shut the page like “Come’on I’m not putting one more $ on another business school project!” but then I read it ’til the end and my inner whisky-loving self (and also my world-whisky-fan self & I-love-everything-Scandinavian-so-much-I-Still-Don’t-Know-Why-I’m-Living-in-the-Southwest-of-France self) couldn’t just ignore it without noticing Sall Whisky was actually one of the most promising world whisky projects I have come accross since a few months, as it really resonates with today’s values…

I then reached out to Snævar Albertsson, one of the 7 guys behind Sall Whisky, to know a bit more about their malted adventure (then I learned the guy was an Icelandic musician and spoke a bit of French and I fell in love – end of the story. Kidding, my partner is a viking-drummer already and speak better French than me, can’t beat that. Why I am talking about that here anyway?! Oh yes, because it’s my blog and I do whatever I want :D)

And Snævar kindly agreed to answer my 7 questions!

1. First of all, could you please tell me a bit more about yourself: where do you come from, career background etc. and how did you end up being involved in the Sall Whisky project?

My name is Snævar Albertsson, I just turned 32 and I’m born and raised in Iceland. I’ve lived in Denmark since 1996, and live with my fiancé and our two kids on the countryside.

We used to live in the city of Aarhus but after talking with Martin (one of the founders of Sall Whisky) we understood we both wanted to find a place on the countryside with our families. So now our two families live in a sort of a double house and we share the land where we have a little forest where we keep bees, chickens and wild boars. I have a Master’s degree in Culture and Aesthetics at Aarhus University and work with project management on a couple of music school projects and I am myself a musician too.

Doesn’t sound much like a whisky background, does it now? Well, our group has a lot of different backgrounds and skills. We have archaeologists, a civil engineer, a farmer and a sales trainer. But all with a huge admiration and respect for everything whisky. I became involved when Martin showed up one day with a crazy idea. He had spent a very cold and rainy day in the field with fellow archaeologist Kåre, where they wondered what they else could do…

2. What is your personal relationship with whisky: first sipped, any noticeable milestones in your malted journey, a favourite profile/distillery/brand/production country?

When I was younger I thought of myself as a rum kind of guy. I can’t tell you why, but the world of whisky didn’t really open itself to me until one day I was touring Scotland with my band. One of the members from the opening band worked at a distillery close to Glasgow and invited us the day after the show for a tour of the distillery. That was Auchentoshan, and at the end of the tour we were served a 50 year old triple distilled (as they do) whisky matured in a single Olorossa sherry cask which apparently yielded only 171 bottles. It was mind blowing. Not that age is everything at all (I really enjoy many of the NAS), but it had so much story and obviously a lot of history. That was the beginning of a long journey. Auchentoshan is one favorite. Favorite Scottish distilleries would also include Springbank, Bruichladdich, Kilkerran, Arran and many more.

3. What is the overall idea behind the creation of Sall Whisky? Could you please tell us a bit more about the soon-to-be whisky you wish to produce (location of the distillery, schedule, production capacity, equipment, raw ingredients, casks experimentations etc… Yeap, I’m curious and I want to know everything 😀 )? What will – in your opinion – make your future spirits unique?

Our distillery will be located in a small village called Sall which has just over 200 inhabitants. All industry has left here a long time ago. There’s a small school here and an amazing community that has shown us incredible support. We’ll build the distillery on the land that Martin and I share, where we live with our families, and we’ll start construction in March 2017, and by the end of 2017 we’ll be producing. We’ve decided to start small and evolve naturally. We’ll now be testing and we’ll be using copper pot stills in the alembic style.

We’ll double distill and use a 1000 litre wash still and 500 litre spirit still, much like Strathearn Distillery, from where Tony Reeman-Clark is functioning as our advisor.

To ensure the viability of the distillery we will be producing in our spare time in the beginning, which naturally sets a limit on the amount of new make we can produce. As soon as we have sufficient turnover we’ll be able to hire an employee and by then we’ll be producing  about 6000 litres per year, with the possibility to double the production. Yes, a true micro distillery, although we have bigger ambitions.

We’re using our own barley from our own fields which is sown, grown and harvested by the farmer in our group, Lars. We’ll be using  and older nordic variant of spring barley for our whisky, but we’re also interested in experimenting with different variants of barley and other grains. We’re extremely open to experimenting with casks, although our first batch will be rather traditional one, yet organic. We are anxious to find out how the barley from that one field will taste like once it’s been through our production line and the spirit has matured.

4. Do you think Nordic whisky has now become a category on its own? What do you think would best describle it?

I would say yes, but I think the Nordic whisky scene is still evolving and becoming. To some degree the Nordic distilleries have turned to local and uniquely Nordic ingredients although some distilleries have imported malted barley from Germany and Scotland, and some don’t differ that much from Scottish traditions, which of course is fine. Being quite new on the scene and with new distilleries popping up I think the Nordic whisky will be able to rethink some of the traditions that the Scottish whisky industry has cemented on an international level.

It might be too early to say what Nordic whisky will become, but I think the current quality is generally rather outstanding. Look at Box, Braunstein, Mackmyra. Generally the maturation is also interesting because of the very varying seasons in Scandinavia. 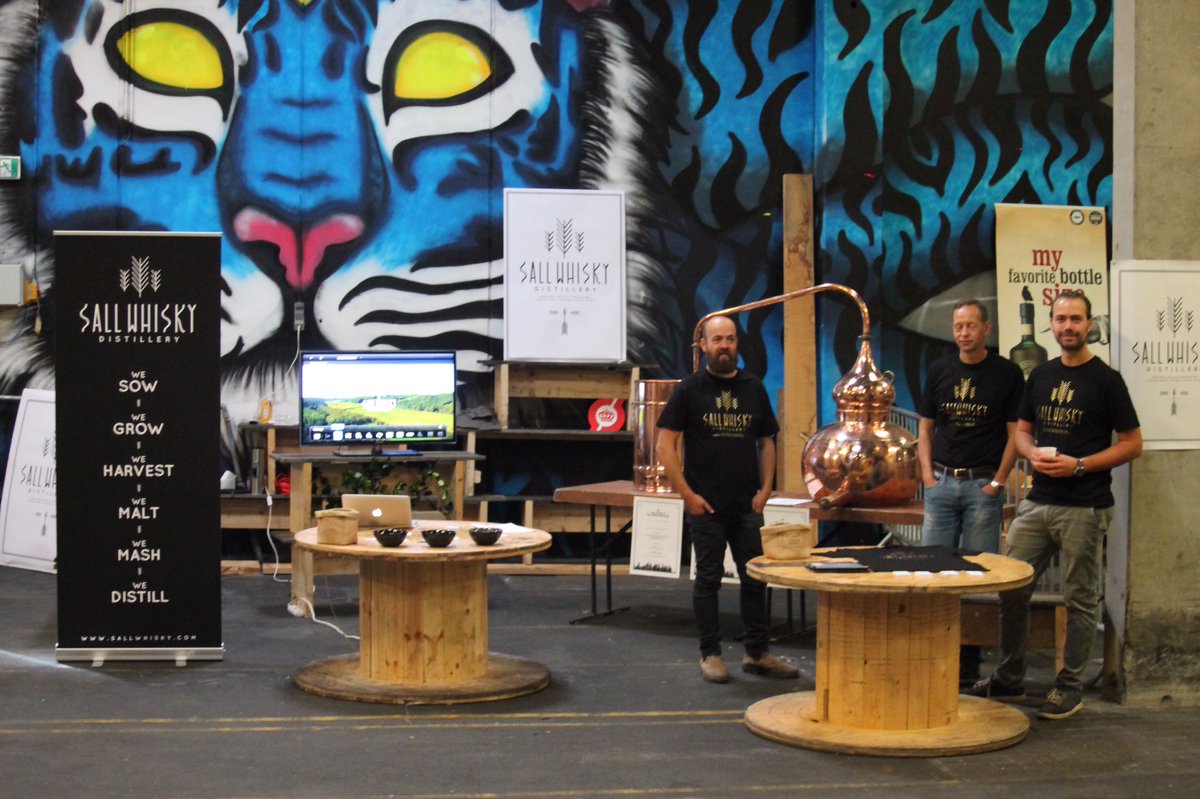 5. Not a week passes without a new distillery project being announced or a crowdfunding campaign launched: how do you think Sall whisky is standing out within this highly-competitive environment?

The amount of failed attempts of crowdfunding distilleries was certainly a rather discouraging factor. So many hopeful whisky hearts broken… It’s a shame. Although this is true, we’re not worried at all. Firstly I think that many people rush into a crowdfunding campaign forgetting to prepare well, build a bit of momentum (which isn’t easy without a good product) and also get to know people in the industry. And most importantly some forget to ask themselves why their project matters.

I understand that people want to start distilleries, but that won’t persuade people to contribute to the project. Before we launched our online campaign our local community asked to contribute early on. Out of 220 inhabitants in Sall we now have about 100 local ambassadors who have contributed financially. Why? Because there is something that matters to people. Industry has long left the small villages here, and young people move into the cities. We are the few young people who have moved to Sall from the city.

Creating projects like this, potentially creating jobs in the community, having an ambition to make cultural events and intimate concerts for the locals, preserve craft traditions and using local and organic ingredients instead of sending them overseas – that matters to people. Selling thousands of bottles to the locals is obviously going to become a problem, but it’s our job in the longer run to implement this in our brand on national and international level.

6. Craft distilling has become incredibly huge – as there’s still no official definition, how would you define “craft” and do you think Sall will fit into this category?

We don’t really want to categorize others as craft and non-craft. There’s a lot of craft in big distilleries, surely more than some newer distilleries. Of course some processes become automated, other times it goes the other way around. We are very interested in learn as much as possible about our field, which is why grow our own barley, malt it ourselves and so on, but there’s no shame in doing things smarter as long as you don’t compromise the quality of the product. And if that is less craft well then we’d rather not be a craft distillery. What we can do as ‘craft distillers’ in general is that we can be a catalyst for innovation in the field, and that is what is important to us. While the bigger distilleries are busy producing and keeping stock holders happy, we the small ones can stop once in a while to ask ourselves why are we doing it this way and rethink our production. 7. How do you see the future for Sall Whisky: how do you picture the distillery in 5/10 years time? Any crazy dream you’d like to achieve?

Hopefully we’ll have a couple of employees, make great whisky in an uncompromising way, sell whisky and facilitate a new scene of cultural events in our little town.