Why I Don’t Rate The Whiskies I Review 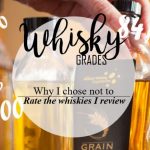 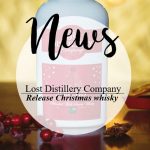 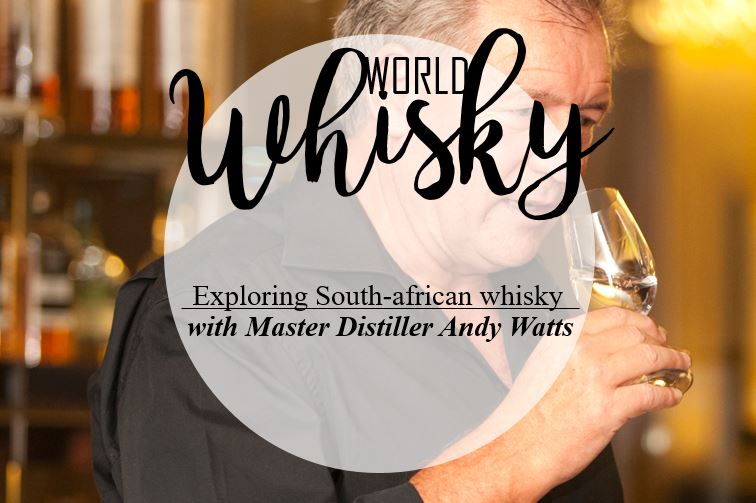 After exploring Italian, French, Czech, Indian, Swedish and other exotic whisky countries, I’ve now decided to go have a look at what’s currently going on in South-Africa, a well-known territory when it comes to wine, but what about whisky? Andy Watts, Master Distiller at The James Sedgwick Distillery, agreed to answer a few questions and help me in my quest of malted knowledge!

First of all, could you please tell me a bit more about yourself: where do you come from, career background etc. and how did you end up working as a Master Distiller for The James Sedgwick Distillery?

My career did not start out with any intention of becoming a master distiller. I grew up in a country town in what was then the West Riding of  Yorkshire (now South Yorkshire) called Penistone and my dream was like most young boys at that time and that was to become a professional footballer. I did not make it at football but I did become a professional cricketer and that is what originally brought me to South Africa in 1982. As a young professional cricketer escaping the cold English winters I found myself in the Western Cape in a town called Wellington. There were a further two seasons of back and forth before I decided to make South Africa my home in October 1984.

Throughout those early days in South Africa, as though almost by destiny, I had many moments of being in the right place at the right time on more than one occasion. As part of my cricketing contract I was obliged to do part time work for a sponsor, Stellenbosch Farmers Winery (SFW), the company which later merged to become what is known today as Distell.

I was appointed full time by SFW as the Spirits Blending Manager in 1984. It was during the mid to late 80’s that I was fortunate to be invited to Scotland on a technical exchange program with a company called Morrison Bowmore Distillers. I spent time working at their Glen Garioch and Auchentoshan distilleries, as well as time on the Isle of Islay at their legendary Bowmore distillery.

It was whilst in Scotland that I got to meet and work with some of the most influential whisky leaders at that time – people with an incredible passion for whisky. Their enthusiasm and love for making and enjoying whisky I brought back with me to South Africa to head up the whisky operations at the James Sedgwick Distillery in Wellington.

What’s your personal relationship with whisky: first sipped? Any noticeable milestones on your whisky journey? Any favourite expression/distillery/profile?

The journey has been an incredible one…..one which has included many projects with the upgrading and expansion of the distillery as well as the expansion of our whisky portfolio.

The significant highlights are:

Spending time on the Island of Islay back in the 80’s and falling in love with the island, its people and its whiskies means that I have a soft spot for the heavily peated whiskies. And to remind me of this special time I created the Three Ships 5 Year Old Premium Select – a whisky that each time takes me back to that very moment. Bowmore as a distillery and their whiskies will always have a soft spot due to emotive reasons. I also enjoy the expressions from mainland Deanston and Tomintoul.

Could you please describe what a typical day in your shoes would look like?

After spending 25 years as Distillery Manager of the James Sedgwick Distillery, I have recently been appointed as Distell’s Global Head of Whisky. This means I take lead responsibility for the company’s entire whisky portfolio focusing on the process, quality and style of their whiskies. I will however continue to be the Master Distiller of and provide strategic guidance for the production of the range of Three Ships Whiskies and Bain’s Cape Mountain Whisky, made at the James Sedgwick Distillery,  as well as be responsible for the company’s Scottish whisky portfolio which includes Bunnahabhain, Deanston, Tobermory, Ledaig, Black Bottle and Scottish Leader.

So my day involves regular meetings with the current Distillery Manager, Jeff Green, working on innovation and setting whiskies in interesting casks and finishes to create limited editions for the next few years. On the Scottish front I am incredibly fortunate to have Dr Kirstie McCallum overseeing the day to day blending in Scotland so I don’t have too many worries there.

I am also doing more tastings and ambassadorial work which does involve quite a bit of travelling locally and internationally. 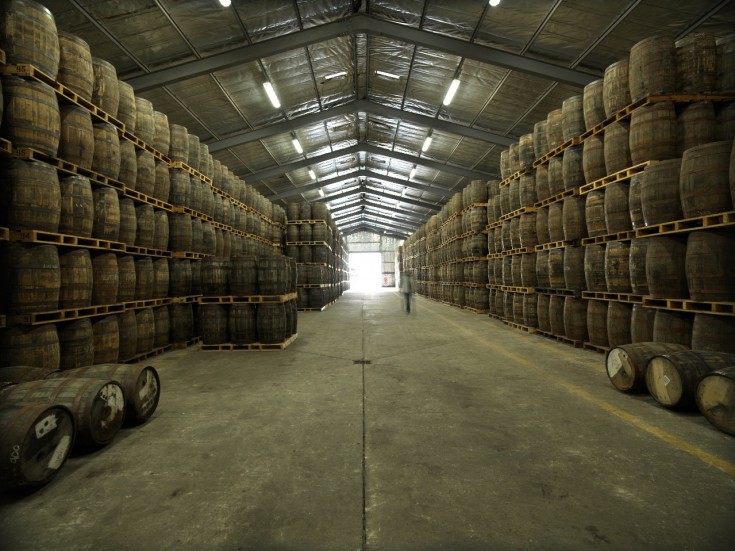 Do you think South-African Whisky is a category in itself? If yes, what would particularly describe it?

I see South African Whisky as being a part of the growing category of the international “New World” whiskies. Whiskies which are starting to attract attention for their quality in their own right. Our industry on a commercial basis only turn 40 years old next year so I think we have come a long way in a very short period of time. We do not have over 500 years of tradition and although we have the utmost respect for that we are able to be very innovative which consumers find interesting and exciting. I think the days are slowly passing where people were just curious about our whiskies and they are now taking them as serious alternatives in an ever increasing pool of whisky brands emerging throughout the world.

Our distillery is capable of producing both grain and malt whisky and with this we can produce different styles of whisky which just increases our ability to innovate.

If you had to pick ONE expression from the Three Ships range, which one would it be and why?

It would be the Three Ships 5 Year Old Premium Select. When I returned from Scotland and was tasked with both improving the quality and the quantity of the whisky we produced we had only one commercial whisky under the Three Ships name. The 5 Year Old I developed with the intention of reminding me of my time on Islay therefore it has bold, peaty and medicinal notes although it is a blended whisky. It was launched in 1992 and was the first whisky I was entirely responsible for. Since then our range has expanded to include cask finishes, single malts and single grains but the 5 Year Old blend remains the one which puts a smile on my face.

Are you using/experimenting with any local ingredient from your home country? Do you think “terroir” in whisky is a real thing and how do you think it influences the end product?

For our grain whiskies we use 100% local South African maize. The same maize which was exported to Scotland until the mid 1980’s for their grain whisky production.

I believe the control over the different stages of the process have the most impact on the final product with obviously a very good wood policy in place. I learned very early in my career that “you cannot distill a good spirit from a bad fermentation but you can distill a bad spirit from a good fermentation”

Our climate in South Africa is warmer than the majority of our Northern Hemisphere colleagues so our “Angel’s Share” is substantially higher between 4%-5% a year. This however helps to accelerate the maturation process so we tend to find our whiskies portray themselves as much softer and mature at a younger age. This is also one of the reasons I look at style before age since 10 years in Scotland, Taiwan and South Africa are three different products. Therefore I believe although having a beautiful distillery in a beautiful part of any country around the world may create the romance and contribute to the story, one’s control and understanding of the process plays a far greater role than where you are.

Craft distilling has become so huge, not a single day passes without a new distillery project or crowdfunding campaign being announced, Do you picture Three Ships as a craft distillery? As there’s still no official definition, how would you define the term “craft” in your own words?

Yes I do believe that the James Sedgwick Distillery is a craft distillery. We combine the latest technology with the human touch which is our philosophy throughout all the whiskies we create at the distillery. I don’t think I have heard “craft” described better than by Dominic Roskrow and I always quote him “ Craft is not about size it is about attitude”……I believe if you have passion and dedication for your products then you are applying “craft”. Here at the distillery the same care and attention is given to our high volume brands as to what are given to our very limited releases. 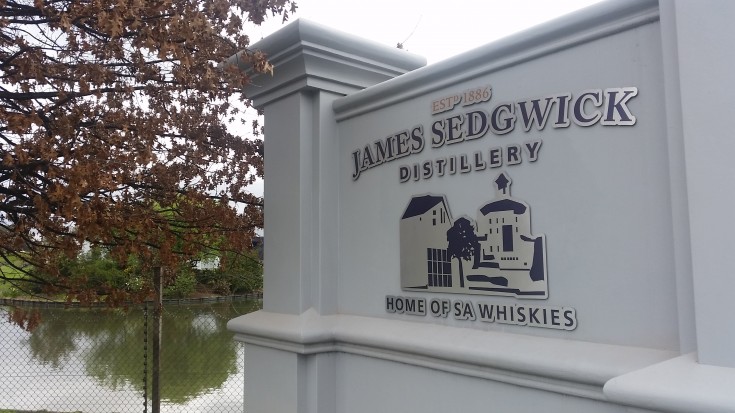 How do you see the future for South African whisky? How do you picture Three Ships Whisky in 5/10 years time? Any crazy dream you’d like to achieve?

I think the future for South African whisky is very bright. Although I am in the twilight of my career I believe our whiskies are in the dawn of theirs. Currently probably 99% of our whisky is consumed within Southern Africa but we are starting to explore the possibilities of other markets and if we could be in a position in 5 to 10 years’ time to have our whisky available to a wider audience that would be great. We started to export Bain’s Cape Mountain Whisky, our single grain whisky, to the USA last year with great success.

I have been incredibly fortunate to have had the “dream” job for the past 30 years. To still have my passion fuelled by the growing acceptance of South African whisky is all I could wish for.