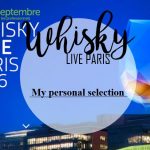 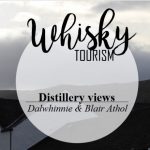 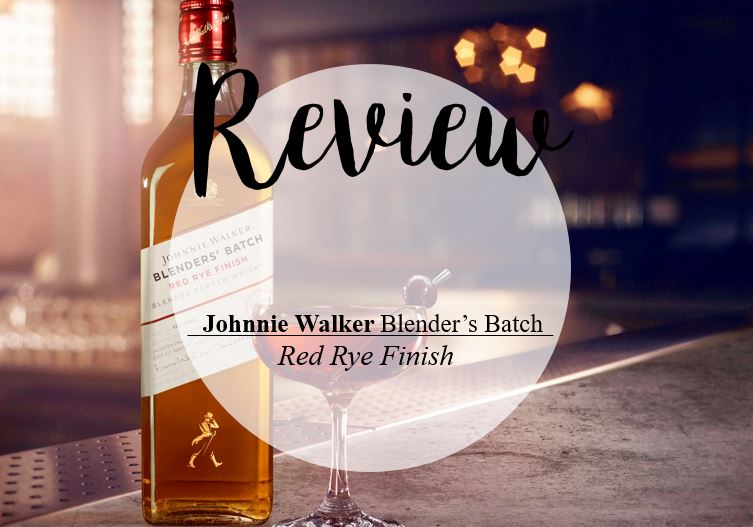 Today, I’m having a look at the new limited edition Johnnie Walker Blenders’ Batch Red Rye Finish which is the first release from the highly anticipated and experimental Blenders’ Batch series.

The experimental blend has been created by the brand’s small team of expert blenders, led by master blender Jim Beveridge, and is one of the results of ongoing experiments into flavour that take place at the brand’s home in Scotland.

Guy Escolme, Global Brand Director at Johnnie Walker said: “Our blenders are constantly experimenting and this is an exciting time for the brand with the release of Red Rye Finish. The Johnnie Walker Blenders’ Batch range lifts the lid on the skill and never-ending pursuit of flavour that drives the blending team.”

At any one time, there are hundreds of experiments into flavour being carried out by the Johnnie Walker blenders which include the study of distillation conditions, the types of wood and grain used, cask finishes and other elements of whisky-making in the pursuit of exceptional new flavours.

To mark the release of the new blend, which can be enjoyed neat but also has a flavour profile designed to create perfect cocktails, Johnnie Walker blender Emma Walker journeyed from Edinburgh to the home of the Manhattan to see how RedRye Finish stacks up against its American cousins. Her adventure can be seen in a new film from Johnnie Walker entitled: Blenders’ Batch – Emma’s Red Rye In New York.

Emma put Red Rye Finish before the eyes, noses and palates of some of New York’s most influential mixologists and taste-makers including Dave Arnold, founder and president of the Museum of Food and Drink and owner of the cutting edge Booker and Dax; legendary bartender-cum-philosopher Peter Napolitano of Brooklyn’s Melody Lanes Bowling Alley; and bitters and mixology expert Sother Teague, beverage director at Amor y Amargo in Manhattan’s East Village.

Emma said: “We’re proud of every blend we make and know that people choose Johnnie Walker because of its quality. This blend combines all the characteristics of Scotch, matured in first fill American Oak casks with a Rye Cask finish. That’s something I think people won’t expect and I wanted truthful, face-to-face feedback from the people in the know. I was a bit nervous – getting the approval of New York’s top mixology experts for a Manhattan featuring a Johnnie Walker blend instead of traditional American whiskey but, happily, it went really well.”

In the film, Dave Arnold – well known for his whip-smart commentary and opinion – is in no doubt: “There’s an old drink called a Rob Roy which is like a Manhattan but made using Scotch and I hate that drink. But this Red Rye Finish Manhattan drinks like a ‘real’ Manhattan. It’s delicious.” While Sother Teague added: “I’m really into this whisky.” Blenders’ Batch – Emma’s Red Rye In New York has been made as part of the Storyline initiative from Johnnie Walker that sees the brand working with a global network of storytellers – including writers, directors, photographers and filmmakers – to give people a voice to tell inspiring stories of positivity and progress.

Filmmaker Oliver Würffell was fascinated by the film’s characters: “The richness of the personalities in the film revealed a completely new world for me. Like discovering the incredible complexity and craft that goes into creating a whisky like Red RyeFinish, or seeing how Emma thinks about how it will work in the hands of legends like Dave, Jack and Sother was amazing. It’s a great story to be able to tell.”

Jim Beveridge said: “Johnnie Walker Blenders’ Batch Red Rye Finish is inspired by my own fascination with the bold flavours of American whiskies which first developed while I was working with bourbons and ryes in Louisville, Kentucky over 25 years ago. “When making blended Scotch whisky, we like to think ‘from the bar back’, ensuring bartenders have the perfect liquids at hand to serve neat, on the rocks, or as the foundation of a flawless Scotch-based cocktail – such as Emma’s Red Rye FinishManhattan.

“In the case of Red Rye Finish, the end result is an incredibly contemporary whisky. It is smooth, sweet and deliberately light – to my mind the best of Scotch given an exciting twist inspired by the best of traditional American whiskey flavours.”

Johnnie Walker Blenders’ Batch Red Rye Finish is available from September in more than 50 countries with an RRP of €20.

The expression is bottled at 40% ABV

Palate: Take all of the above aromas and press repeat. Add to this some sweet ginger, maple syrup, honey and soft oak spices and you’ll be just there. Quite a light dram with a smooth creamy mouthfeel and overall very VERY easy-drinking. Oh and for 20€, this is pretty good value for money if you want my opinion… (which I guess you do want if you’re reading those lines). And if you like American-style whiskies, there are good chances this expression will appeal to your taste buds!