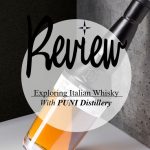 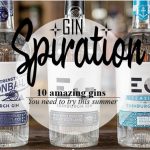 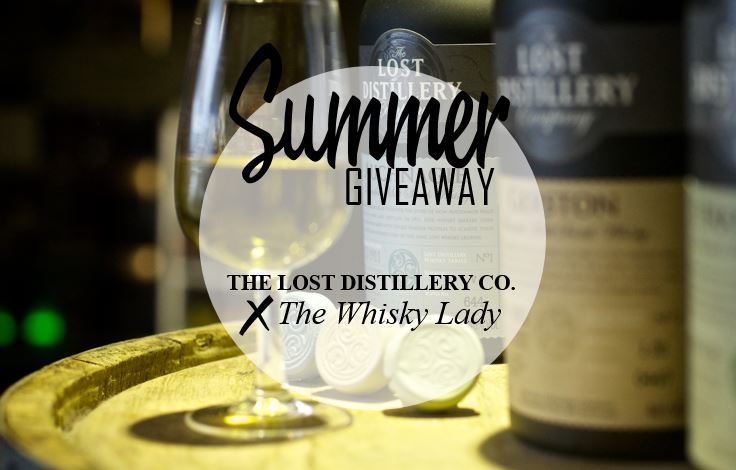 In the last century, almost one hundred of Scotland’s malt whisky distilleries have been closed or destroyed. This accounts for nearly half of all distilleries that have ever existed in Scotland. Global economic downturn, over production, world wars and prohibition all contributed to the loss of so many distilleries. As a result, many unique and venerable brands have been lost to the world. Until Now…

I am more than happy to announce that I have teamed up with the Lost Distillery Company’s team to offer you a special Summer Giveaway! I know how you enjoy those competitions, and this time, I am offering you the chance to win a full-size bottle of The Auchnagie expression from LDC’s classic range. We chose this specific nectar for its summery profile boasting a pleasant lightness and some delightful floral hints. Trust me, you’ll be in for a treat with a summer twist! But first, let’s find out more about the Auchnagie Distillery

Auchnagie Distillery existed for almost 100 years, starting work as a remote farmhouse distillery and ending its days as, arguably, the jewel in the crown of a global whisky empire. It had at least seven different owners and was silent for large parts of its life. This was not unusual for small-scale 19th century distilleries, as their precarious existence was often at the mercy of lack of water, lack of money, changes to duty laws and local demand for the product.

Auchnagie Distillery (or Tullymet as it was later known) was located near the hamlet of Tulliemet, approximately 6 miles South East of Pitlochry in Perthshire. The land in this area is rural, a mixture of pasture and rolling hills, with ample supply of water flowing off of the high ground. Local farms in the area (from the 17th century) were built next to the streams, and many generated power by water wheel. Auchnagie Distillery augmented its water supply by constructing a water pool just above the distillery site – the remains of this can be seen to this day.

Auchnagie Distillery enjoyed the best and worst of times – it survived for almost 100 years and was witness to tremendous change in the whisky industry. Railway construction, advances in steam motive power, development of the column or “Coffey” still, advances in yeast technology, and the expansion of the industry from domestic products to global brands to name but a few. The number of different owners illustrate how precarious a distillers’ lot could be – several were declared bankrupt, or simply gave up the tenancy due to lack of money, barley or water. The turnover of tenants had one additional consequence – none of them possessed the finance to upgrade or modernise the distillery.

Auchnagie’s location was far from ideal, but that was not the principal reason for its eventual closure. From a post-industrial perspective, Auchnagie was old, small and inefficient, particularly compared with the modern industrial distilleries constructed by Charles Doig. Transport links were poor and outdated.

Tommy Dewar’s achievements seemed to guarantee security – although this turned out to be a veneer. Demand for Dewar’s whiskies outstripped the capacity of Auchnagie, and when compared with their new distillery in Aberfeldy, the asset in Tulliemet appeared an expensive liability.

Today, the water pool remains and can be inspected as it is on Atholl Estates land, but it is an overgrown weed bed. The old water course is stone-lined for quite a distance upstream, creating a deep channel for funnelling water down to the distillery.

The pool itself is pear-shaped, approximately 25 metres long, and 15 metres at its widest. There are the remains of a concrete sluice gate at the bottom. Woodside Cottage remains and is occupied – the garden gives amazing views and one can imagine John Douglas spending his summer tending his vegetables during the silent season.

A bonded warehouse remains intact, opposite Woodside Cottage, and is currently used as a garage. Aside from some old stone walls, there is little evidence of the old distillery itself, or the renowned whisky it produced

Want to know more about The Lost Distillery Company?

The Lost Distillery Company is a boutique Scotch Whisky Maker using detailed research to recreate the profiles of lost nectars.  Their Master Archivist has pieced together the story of how whiskies from closed distilleries might have tasted when last distilled. The whisky making team then use this research to marry single malt whiskies from different distilleries to achieve LDC’s goal: present day interpretations of long lost whisky legends.

Find out more at lost-distillery.com