A Whisky Lover’s Thoughts: to geek or not to geek?

Whisky Shopping: my 10 favourite drams under £50 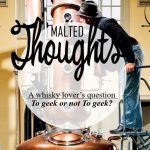 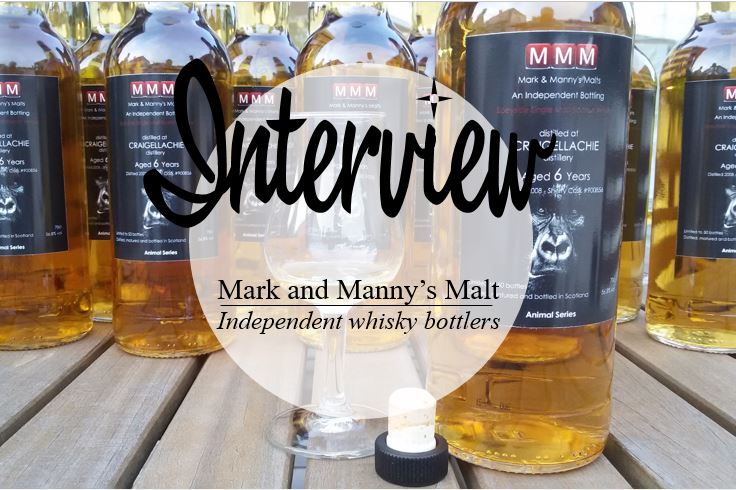 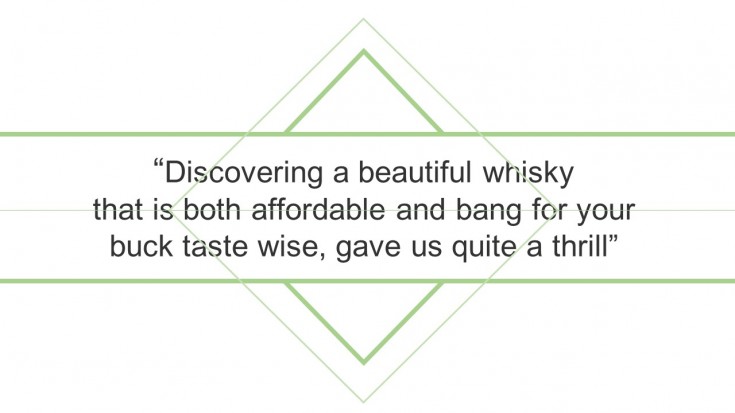 I have been in love with whisky for some 20 years now, but in 2009 – when I was offered a bottle of Auchentoshan 12 Year Old for my birthday by my co-workers – I was bit by the whisky virus and wanted to know everything there is to know about this wonderful world. I started reading, surfing and travelling, visiting Scotland several times.  Obviously I visited Auchentoshan first as this was my ‘first love’ if you know what I mean. I do not think it is the best spirit in the world, but I do believe it is a very beautiful and underestimated malt. And it serves my purposes very well as the aperitif is my favorite whisky moment. This triple distilled Lowlander is perfect for that. But I am also a bit of a collector (having one of the largest Star Wars autographs in the world at jedimaster.be), so I started collecting whisky with the emphasis on my favorite Lowlander. I have bottles of Auchentoshan in my collection from the 1960s until today, that even the distillery itself no longer has in their vaults. Therefor they gave me the nickname Toshan Man. It stuck. My collection is now online at markdermul.be/toshanman.

But my first sip was probably a Johnnie Walker Red Label while I was still a student and not very knowledgeable. Years later I attended my very first whiskey tasting – that must have been around the change of the century – with only Irish whiskeys. That’s what really got me started. Bushmills, Greenore, … I loved it.

Another milestone must have been the launch of my blog and YouTube channel. I post tasting notes on a daily basis – albeit in Flemish – and videos – I call them Whisky Rambling and those are in English – on YouTube.  There are about 135 videos online so far.

Did I mention Star Wars already? I was the leader of the Save the Lars Homestead project in Tunisia (savelars.com) which led to the successful restoration of Luke Skywalker’s adobe. One of the team members was Imanuel, who also loves whisky. So to celebrate, we offered the other team members an exclusive bottle of 20 years old Bruichladdich during the on stage presentation of our project at Star Wars Celebration. This was met with such enthusiasm by the Star Wars fans, that we quickly released 100 bottles more. The Save Lars whisky was born. We concluded the trilogy with a 24 years old Auchentoshan and 14 years old Balmenach.
The next milestone was the publication of my whisky book ‘Whisky Voor Iedereen’. The Flemish title simply means ‘Whisky is for Everyone’ and is the tale of my journey into whisky, together with a couple of friends who co-wrote the book.

The last milestone (so far!) was the creation of MMM – Mark & Manny’s Malt.

Could you please tell me a bit more about Mark & Manny’s Malts : why deciding to bottle your own whiskies?

After the success of the Save Lars Whisky’s, Imanuel – Manny for short – and I fell in love with the hunt for good Scotch.  Discovering a beautiful whisky that is both affordable and bang for your buck taste wise, gave us quite a thrill. Not to mention the bragging rights. Yes, I admit, ego has something to do with it. But I guess it is only natural, no? If you select whisky, you want people to like it.  It was quite a challenge though. We had tasted numerous cask samples and rejected many. Some were simply not good enough (to our taste, I must add) or too expensive. Some were already gone by the time we decided we wanted to bottle it. But then suddenly we came across a wonderful Craigellachie, a distillery that is rather unknown. And truth be told, that also was exciting. An unknown malt? It was a bit of a risk, to be honest. But we felt that the whisky would speak for itself. And it did.

Why did you select this Craigellachie 6yo for the first release of your animal series – and why chosing animals to represent the whiskies? How many expressions do you plan to release as part of this series?

We selected the Craigellachie simply on the fact that it was a very powerful and feisty dram, fruity and creamy. It ticked all the boxes for me. Young, true, but at a cask strength of 56,8% ABV this one really hit it off with Manny and I.

We wanted the first release to make a lasting impression. You know – a big entrance. Designing the label was a bit of a challenge, but I felt the Ape was a very strong image. Those who know us also know that Manny and I like a good laugh. The Ape was a bit tongue in cheek, opening ourselves up to gags from our audience. Is it Manny or Mark? We will let you decide.

And thus the Animal Series was born. On 15 June 2016 we will release our second bottle with the image of a Tiger. Our plan is to release 4 single cask whisky’s per year in one theme. The theme for 2016 is animal. The theme for next year? Who knows. It also depends on the whisky we can source.  Just keep an eye on mmmalts.com would be my suggestion. 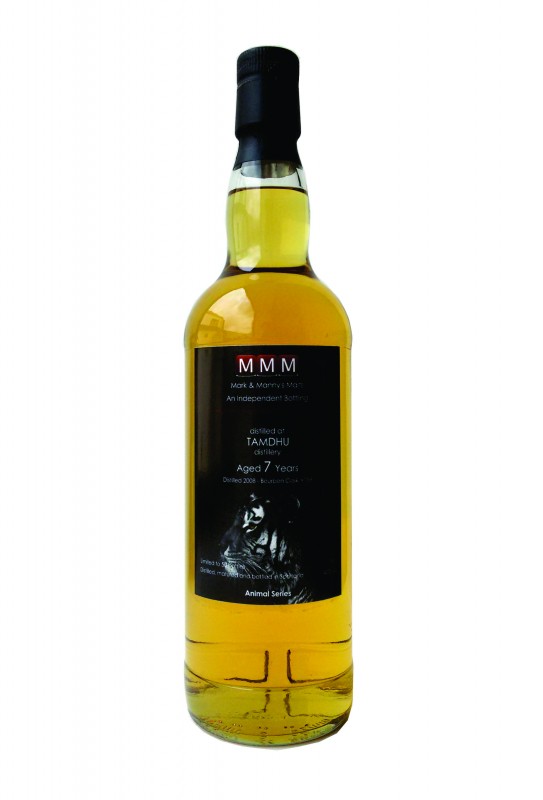 Any new project in the pipeline? Perhaps some new series coming?

There is always the next project, but not necessarily linked to whisky or spirits in general. As for MMM, we are currently looking for another special whisky to bottle, sure. But with the summer coming up, we are even looking to bottle other spirits as well. Call it Mark & Manny’s Malternative. We might do a gin, a rum or even a grappa. Who knows. The wonderful world of spirits is an inspiring one.

My next non-whisky, but Star Wars related project is the organization of a charity event in Northern France to celebrate 40 years of Star Wars next May. It is a lot of work, but also a lot of fun.

Any crazy dream you’d like to achieve as a whisky enthusiast and independent bottler?

I think I am realizing those crazy dreams right now. I am not sure I can take it to the next level without it becoming more than the hobby it is today. I have no plans to be professionally involved with whisky. I feel it would take away a lot of the fun. Then it becomes something I have to do to pay the bills. Now it is just for fun. And great fun it is, let me tell you!

What is your favorite nectar?

That is a very hard question, actually. It would be easy to say Auchentoshan or Port Ellen or some such, but that would not be the truth. As whisky blogger I have tasted close to 3.000 whisky’s in the past 8 years. It is impossible to say what my favorite is. When someone asks me ‘what is your favorite bottle of whisky’, I usually say ‘a full one’. But I will never turn down a glass of Auchentoshan, Caol Ila, Bowmore, Glen Garioch, Clynelish, Ledaig, Tomatin, … I could go on, but you get the point. I have very recently discovered the French Single Malt Armorik. That was a very nice surprise. But there are so many lovely drinks out there – not just single malt – that it is next to impossible to pinpoint one particular nectar. But if you were to force me, I would have to say the best whisky I have ever tried so far was the Glen Garioch 8 Year Old 1971 sherry matured from Samaroli (link to Flemish notes: http://blog.whivie.be/#post842). That was out of this world.