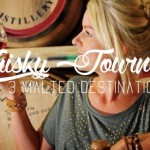 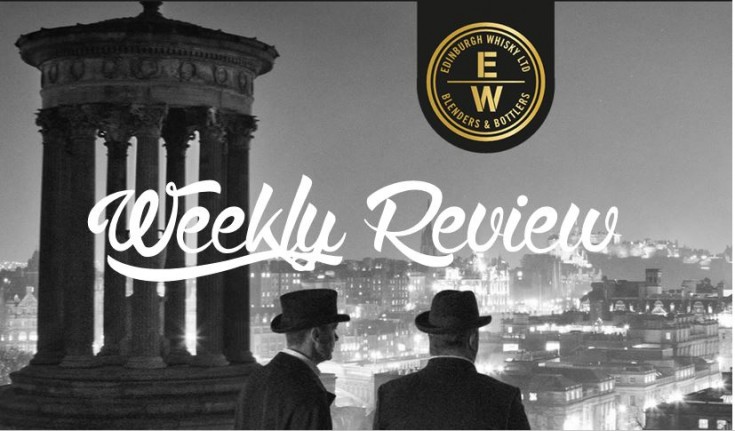 I had the chance to live in the Scottish capital city a few years back and saying that I fell in love with Edinburgh would be an understatement. From all the cities I’ve visited in my not-that-long-25-years-old-girl existence, Edinburgh really stands out with its magical atmosphere, arty vibe (especially during the summer months), charming streets & shops, tasty restaurants and overall, the most welcoming people I’ve ever met!

One thing I especially enjoyed during my way-too-short stay in Edinburgh was its overall dualism : between ancient & modern, traditions & innovation, both celebrating its past & future.  I therefore felt pretty honoured when Edinburgh Whisky Ltd first contacted me a few weeks ago to introduce their range, especially designed to celebrate this enchanting city I’d love to call home!

Edinburgh Whisky Ltd. is a privately-owned independent company, based in Scotland’s capital city, carrying on the age-old tradition of Edinburgh merchants who cannily sourced, blended, bottled then traded supreme Scotch whiskies all over the world. The company carefully creates whiskies that have real character and complexity, to be enjoyed in myriad ways in a modern world. Created locally, enjoyed globally.

“We pride ourselves on carrying on the age old traditions of Edinburgh merchants in the 19th century who cannily sourced, blended, and bottled Scotch whisky, and then sold it to the rest of the world,”

The Advocate’s Batch & The Library Collection

The Advocate’s Batch was created to honour the New Town Project which was first suggested in 1752, the largest planned city development in the world at that time designed to house the wealthy, and to attract back to Scotland the absentee noblemen who now lived in London. This blend is said to reflect the quality expected by gentlemen of a certain standing.

Blended from Speyside malts, The Advocates Batch is described as “elegant, complex and very well balanced”. 6,000 bottles of the 43% ABV blend have been made available at RRP £35.

The Library Collection – Highland Park (distilled in 2000 and bottled in 2015) is said to be “heady and enchanting” with peat smoke, salty maritime and floral heather honey notes. The 46% ABV single malt cask release retails for £50.

The Library Collection – Glenlivet (distilled in 2007 and bottled in 2015) is described as “fabulously juicy” with given notes of tropical fruit, salted tablet, hazelnuts and sandalwood. Bottled at 46% ABV, the expression has a £79 RRP.

Palate: pleasant mouthfeel, still on those candied fruits, honey, nutty & sweet spices notes that already showed in the nose. Particularly smooth, almost sleek but utterly elegant & delicate. Definitely not something “out of the box”, making this blend a perfectly approachable dram for neophytes. Ok, I can hear you whispering at the back of the room, don’t get me wrong here, it may be a novice-friendly expression, I do appreciate the consistency with the “Edinburgh New Town” theme, and can actually feel the connection between the whisky and its name, which isn’t always the case..

Finish: delicate… Really looking forward to sampling the “Old Town Blend” once released, which should be much more mysterious & complex!

Stay tuned for upcoming reviews of The Library Collection’s expressions !