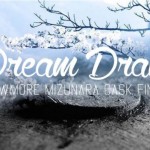 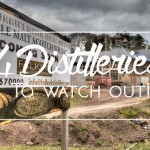 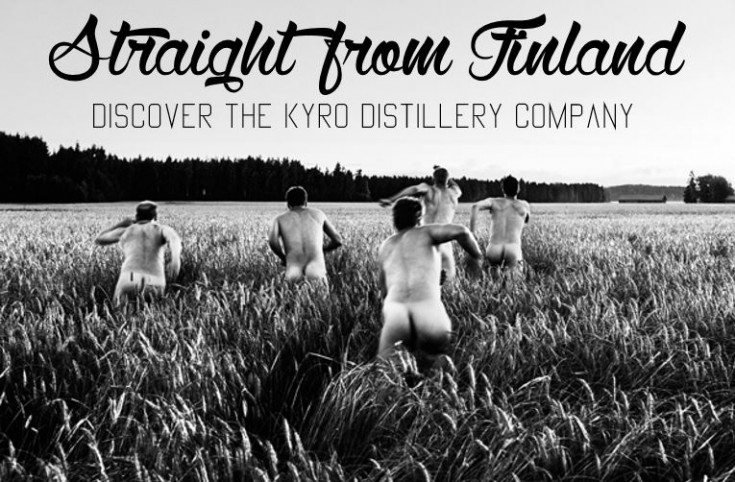 Our whisky is made from 100% malted rye and first batch will be ready in 2017. It is double distilled and aged in new American white oak casks in the cheese aging store room at the dairy. The rye-based gin boasts twelve dry botanicals and four freshly distilled, local botanicals foraged or picked nearby: meadow sweet, sea-buckthorn, birch leaves and wild cranberry.

Isokyrö is a peculiar place: archeologists have found ancient skeletons in Leväluhta well; the well water turns red every spring. Church of Isokyrö dates back to 15th century nearby there is a birthplace of Cudgel War, peasant uprising against Sweden. A couple of centuries later, the locals fought against Russia in the ill-fated Battle of Napue where more than half of the male population was slaughtered.

Isokyrö is a place where both people and spirits come with character.

> Why did you decide to set up a distillery in Isokyro-Finland and why producing a RYE ?
We tasted rye whisky in a Sauna session in 2012, our now CEO had bought a bottle of Thomas H. Handy from The Whisky Show past year. Rye whisky didn’t really exist in Finland, but rye as grain is hugely popular. After couple of drams we thought that someone should start making rye whisky here and at the end of the night we had decided that it should be us. In the same Sauna there was Miko Heinilä, who let us know that there’s a vacant dairy, built in 1908. The region is known for vast barley and rye fields so that helped the decision.
.
> Nordic Whisky is quickly becoming more and more popular and turning into a real category with big players like Mackmyra, what are the specific characteristics of this category, what makes Nordic Whisky unique ?
.
I think one of the interesting parts of Nordic whisky at the moment is the vast amount of single barrel bottlings as most of the producers are bootstrapping by selling barrels. Another is the unconventional use of barrels: especially Mackmyra has been creative on their different editions, cloudberry wine barrels etc. Third is the good quality of water and malt: the terrain is one of the oldest in the world which leads to clean and mineral-free water and long, cool summer days pack the grain with flavor.
As of rye, From what I know, we are the only ones producing whisky out of it. We loan some parts of the process from Japan: our brewing is temperature controlled: we adjust the brewing temperature to get long brewing time without lactic acid sidenotes.
.
> Your products are named Napue, Koshue, Juury & Verso, is there any explanation [for those – like me – who don’t speak any Finnish ;)] ?
.
Newmake “Juuri” means root, 4 months aged rye, “Verso” means sprout as they are stepa towards whisky. Gin line is named after local villages, Napue being the village close to distillery where Battle of Napue took place in 1714 between Sweden+Finland and Russia. Koskue is the village where the river Kyrö starts, distillery is in the bank of that river.
.
> Last but not least, why those naked people running in the meadows ? 😀

.
The naked guys in the photo’s are actually the five founders of the distillery. Photo was taken for a book about Finnish Whisky at the time when we didn’t have stills and we just had distilled the first batch of new make at Beer Hunters brewery in Pori. We were puzzled on what we should send the author because we had no barrels or stills. Then we thought that a photo of us running naked in rye would crystallize the origin of the idea (sauna) and both stage and attitude of the company 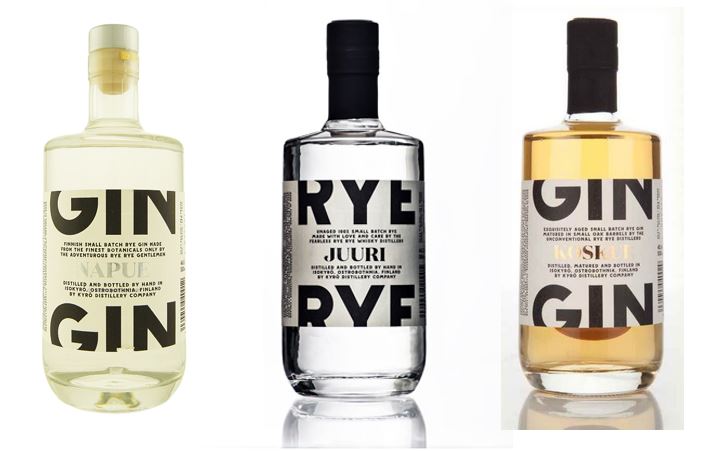 .
How to drink The Kyro Distillery Range ?
Advices from Mikko, branding manager.
.
“I recommend that especially with Juuri take couple of drops to your hands, rub off the alcohol and smell: the smell should be like rye bread straight from oven.”
. 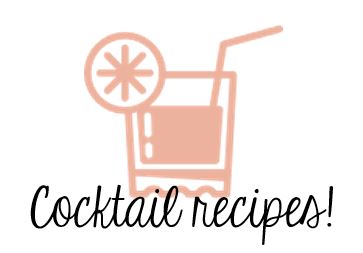 .
Napue&Tonic
4cl of Napue
> 10cl of Fever tree Indian tonic
> Twig of rosemary and couple of cranberries
.
Juuri: “Pukkilansaari”
(named after a dancehall in an island in river Kyrö)
>whisky sour with 2 muddled strawberries, eggwhite and three dashes of Angostura bitters.
Bitters are essential to cut the newmake nose and to bring out the rye!
.
Verso: “Leväluhdan lähde”
Named after a local spring: archeologists have found 20 historic skeletons from the well. And the color of the water paints red in springtime due to iron in the soil
> Old fashioned garnished with thin slice of beetroot. Finish with Orange peel zest on top of the drink.
.
Koskue is best as it is, neat or on the rocks!
.
/!\ BONUS! My Personal Tasting Notes for VERSO Aged Rye (46.5% ABV)
.
Nose: figs, dark chocolate & cereals [actually reminded me of this famous treat I used to bring to all my classmates birthdays when I was 8, we called it “sand rose” – basically dark chocolate-coated cornflakes]. The nose is frank and mysterious with a nutty background. Appealing!
.
Palate: Dark [chocolate] side of the Rye again (High-content cocoa), a youngish profile but rather sweet, pleasant yet simple. Hints of moka & rye (obviously…)
.
Finish: medium-lenght, still on those bitter dark chocolate notes!
. 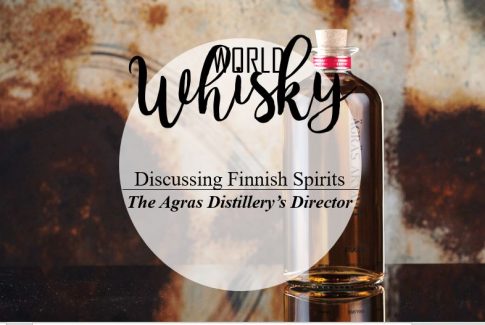 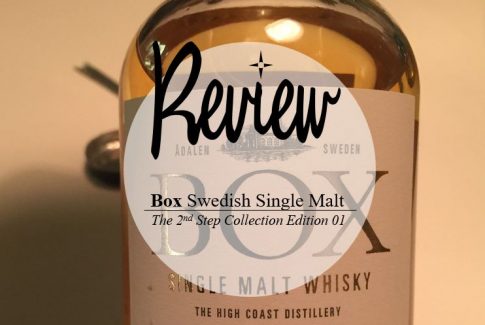