Where to enjoy a good dram in Amsterdam 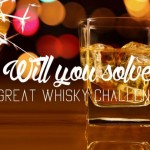 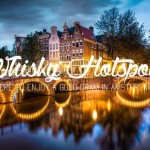 In 1892, John Morrison purchased the Knock Estate and farm. Shortly after, he uncovered a spring on Knock Hill’s southern slopes. He found the water to have a superb flavour and sent it to a Distiller’s Company Limited-owned Laboratory in Edinburgh for evaluation. They confirmed the water was indeed of outstanding quality and put up an offer for the site. Morrison gladly accepted. The Knockdhu distillery was built in May of 1893 and designed by the Elgin-based architects Gordon and Macbey.

The distillery was the first to be built by Distillers Company Ltd. The water is piped from Knock Hill to the distillery and also to those living in the local village, though today five other water sources are used in supplement as well as that from the Ternemney Brook, which proffers the distillery’s cooling water. While the production capacity is actually 1.8m liters yearly, the distillery currently operates over (!) that capacity at around 1.9m. Today, none of the whisky is bottled as Knockdhu single malt. Rather as anCnoc. The name anCnoc was chosen as the current owners, Inver House, deemed Knockdhu too similar to Knockando and relabelled it to avoid confusion. Despite being small, the Knockdhu whisky distillery boasts large onsite storage facilities; its five warehouses boast a capacity of just north to 3000 casks.

In 1930, Knockdhu was transferred to the hands of Scottish Malt Distillers, who closed it a year later. The distillery then reopened in 1933, but closed for the Second World War. During this time the buildings were used to accommodate soldiers from India. Inver House acquired the distillery in 1988 and two years later released the first official bottling. A further three years passed and the first bottling of anCnoc was released. Inver House were, in turn, acquired in 2001 for £124 million. In 2006, Inver House became a subsidiary of Thai Beverages Plc. Knockdhu whisky is distilled from unpeated malt, though for several weeks each year a lightly peated malt of 22ppm is used. Independent releases are nigh on impossible to find.

About this particular expression :

The anCnoc 18 Year Old has matured in Spanish oak ex-sherry casks and American oak ex-bourbon barrels and has been bottled in its most natural form, neither chill-filtered nor coloured. Bottled at 46% ABV. Nose : A sweet, woody and fruity nose with notes of candied citrus, banana, dried fruits and nice mellow spices. Also some hints of toasted almonds, orange marmalade, ripe peaches and yummy chocolate cookies. Overall, a rich and beautiful nose, heartwarming like a freshly baked pie, just from the oven. Charming and conforting (very much the result of the sherry influence) like your Grandma’s kiss on the cheek before going to bed ( )

Palate: A nice oily texture, warm spices, notes of vanilla, honey and candied citrus peel. A rather zingy taste compared to its rounded nose! This dashing dram is actually pretty lively, I do no longer feel like going to bed! [Who said Grandma couldn’t run the marathon anymore?!]