Where to enjoy a good dram in Prague ? 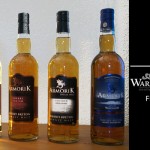 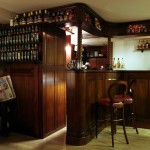 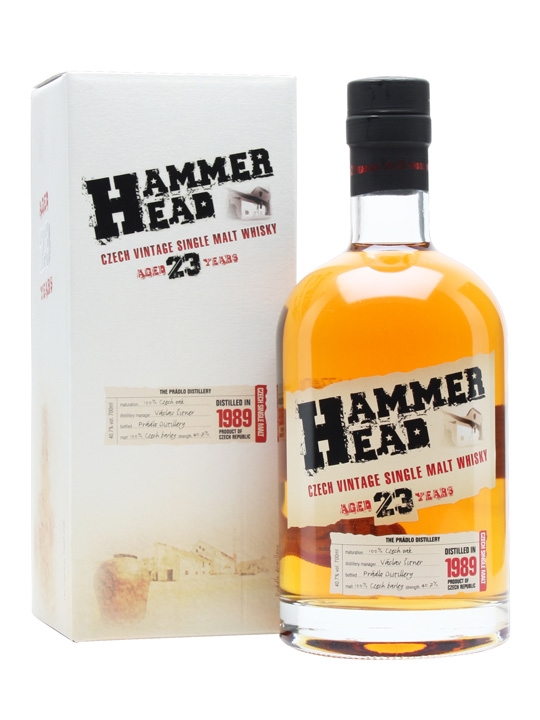 Just got back from Czech Republic where I spent these past few days enjoying the astonishing and scenic city of Prague. Amongst many other perks (Think I’m particularly talking about craft beer and the incredible amount of microbreweries in the country), I had the chance to discover the Czech spirit scene. Apart from brandy, absynthe and vodka, Czechs also produce a pretty nice Vintage Single Malt Whisky : Hammer Head from The Pradlo Distillery.

Hammer Head only uses local ingredients in their whisky-making process – water, barley and even wood for barrels. But what really raised my interest was the incredible story behind the bottle I bought.
The Pradlo Distillery had been making pot-still spirits for years when they decided to try their hand at whisky. Under the Communists, only a few foreign imports were available, and those at high prices only affordable by the Party elite. Pradlo thought a home-grown whisky would do well — and they were correct, though it took a while to get it right since distiller Vaclav Sitner and his team did not have the option to study at — or even visit — Scottish whisky distilleries. They worked entirely from books, experience distilling other spirits, and trial and error.
Early on they discovered their native peat lent the whisky a foul taste, so they arranged to import a huge pile of Scottish peat — cheap to buy, but not so cheap to transport. After nearly a decade, Pradlo began mass-producing whisky in 1984. It was indeed a hit, but a few years later, in 1989, the Berlin Wall came down and the Velvet Revolution swept the Communists out of power. Suddenly the Czech market was open to foreigners, and Scottish and Irish whisky rolled in, eliminating the perceived need for the scrappy young Czech whisky. For two decades, Pradlo’s last batch of whisky was semi-forgotten and left to age in 100% Czech oak casks, until the distillery was purchased by London-based Stock Spirits — which didn’t know at the time that there was a bunch of barrels of whisky in one of the warehouses. When they discovered it, they also discovered that it was remarkably good. Taking a name from the huge hammer mill installed at the distillery in 1928, Hammer Head was born (story from The Alcohol Professor). 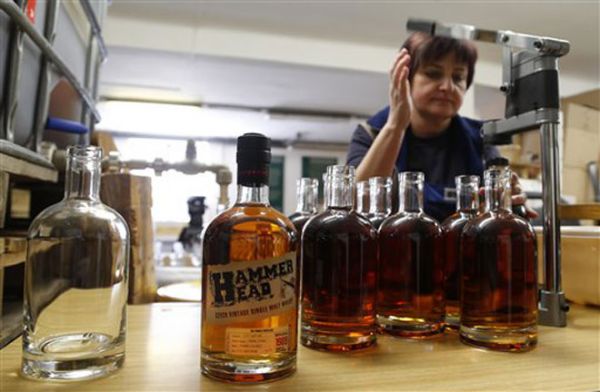 As a Czech single malt made during communism, it has a cultish appeal, but it’s also quite a tipple, with a honey-bourbon aroma, and a deep, malty taste.
Hammer Head has been featured in Jim Murray’s Whisky Bible since 2011. Murray gives it 88.5 points out of 100, among “very good to excellent whiskies definitely worth buying.” Hammer Head “is one of Europe’s maltiest drams… if not the maltiest,” according to Murray. (Stephane Delbos)
Only 80 000 bottles were put on the market, most of them available in travel retail shops but you may still have the chance to come accross one of them in one of Praha’s best whisky bars (to discover in my next article 😉 )
Ever tried it ? What do you think ?
czech whiskywhiskywhisky tourismworld whisky